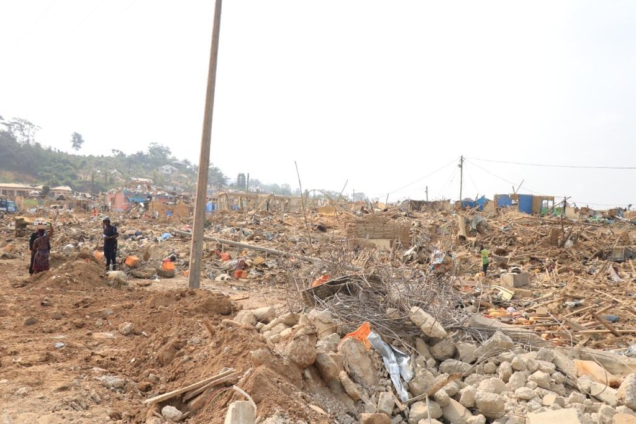 Private Legal Practitioner, Theophilus Dzimega has called for a review of sections of the Minerals and Mining (explosives) regulations, 2012 (L.I 2177), regarding fines imposed on defaulting companies.

He said the $10,000 fine spelt out in the law “is too small” considering the impact of damages caused by breaches of mining regulations, on communities and the country at large.

Speaking on the Super Morning Show on Wednesday, Mr. Dzimega said “the fine is too small but as it stands now that is what the law says.”

He, thus, called for the introduction of proper guidelines on possible liabilities for any company that is found culpable under similar circumstances.

Mr. Dzimega was contributing to discussions on the $1million fine plus $5million charge imposed on Maxam Company Limited (MGL), consequent to the Appiatse explosion, by the Ministry of Lands and Natural Resources.

He opined that MGL should be made to satisfy other requirements, including fixing the damaged roads and reconstructing the community.

“There’s a gap in the Law that ought to be reviewed to take care of situations like this. I don’t think the framers of the Law envisaged that something like this will happen, otherwise, they would have made provisions for that.

“The Law doesn’t even talk about $1 million. It talks about $10,000 dollars at the first instance and in subsequent instances, the same has to be paid, and the one million dollars is still a slap on the wrist. That is why I believe that the company needs to be engaged more to say that there’s a shortfall,” he said.

“But my fear is that they are setting up precedence. If our Law is inadequate let’s find a way to make it work.”

In a reaction, however, Maxam Company Limited said it did not breach the Minerals and Mining Regulations, 2012 (L.I. 2177) as indicated by a three-member committee set up by the Lands and Natural Resources Ministry to investigate the cause of the Appiatse explosion.

Reacting to a statement dated February 7, by the Ministry, the Company also stated that the supposed breaches with respect to manufacturing, storage, and transportation of explosives for mining and other civil works, as noted by government were not the cause of the explosion that claimed 14 lives and razed the entire Appiatse community down.

According to Maxam Ghana Limited, the cause of the incident is related to the transport carried out by Arthaan Logistics. Nonetheless, they agreed to pay the fine, in order to stay in business.