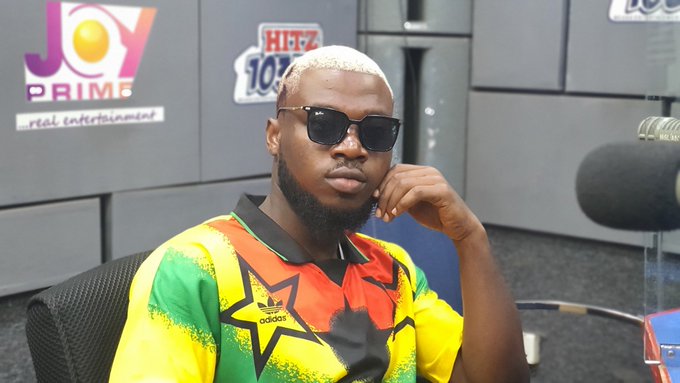 Fast-rising Ghanaian musician Emmanuel Aloha Donkor popularly known as Phaize has shared his experience in trying to get one of the ‘Asakaa’ boys to feature on a song.

In an interview with Andy Dosty on Daybreak Hitz on Hitz 103.9 FM, he said he tried to get one of the ‘Asakaa’ boys to feature on a song, but he was denied.

“I remember last year, I wanted to put one of them on a song and they said they don’t do features with external acts,” he said.

Asakaa Boys, who have risen through the ranks of the music industry to be A-list artistes with their drill music have been in the news in recent times for a lot of controversial reasons like their Afrochella performance fees; threatening to assault a Kumasi-based radio host, DJ Slim and now, the reluctance to collaborate with artistes outside their circles.

The “Jah Jehova” hit maker made this claim after he was asked if he has ever met them and why the ‘Asakaa’ craze looks like its dying down.

“I have never met with them, so I don’t roll with them,” he disclosed.

Phaize debuted his new song called “Metu Afiri Ghana” and is currently on a radio tour, explained that his new song was inspired by the passing of the E-levy bill in Parliament on Tuesday 29th March 2022.