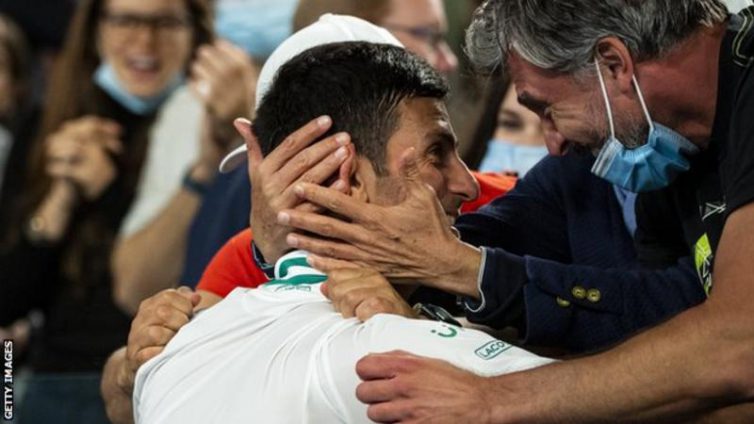 Unvaccinated tennis stars are set to be allowed to play in the Australian Open but face two weeks of hard quarantine and regular testing, according to a letter distributed to WTA players.

Australian ministers had said players without jabs would not be able to enter the country for the tournament.

But the WTA players’ council says it has been told all competitors will be able to go to Melbourne in January.

Last week, Victoria Premier Daniel Andrews said he did not think an unvaccinated tennis player would be given a visa to enter Australia.

A significant number of tennis players – including 35% of those on the men’s ATP Tour – remain unvaccinated.

Novak Djokovic, the men’s world number one and nine-time Australian Open champion, said last week he did not want to reveal his vaccination status.

The 34-year-old Serb added he was unsure whether he would defend his title in Melbourne, where he could win a record-breaking 21st men’s Grand Slam title.

The letter issued to WTA players says fully vaccinated players would need a test within 24 hours of arrival but there would be:

Unvaccinated players would be required to:

All players, regardless of vaccination status, would have to show proof of a negative test within 72 hours of departure.

Tennis Australia has not commented on the arrangements for unvaccinated players.

“We are optimistic that we can hold the Australian Open as close to pre-pandemic conditions as possible,” the governing body said in a statement.

The letter also said the qualifying tournament for the opening Grand Slam of the year would be held at Melbourne Park.

With the country’s borders still closed and entry under strict controls, Tennis Australia had been considering holding qualifiers in Dubai or Doha as it did for the 2021 event.

At this year’s event, 1,000 players, officials and support staff were required to complete a 14-day quarantine period on their arrival in Australia.

Some were not allowed to leave their rooms after coronavirus cases were detected on their flights, leading to frustrated players complaining and having to set up makeshift practices in their rooms.