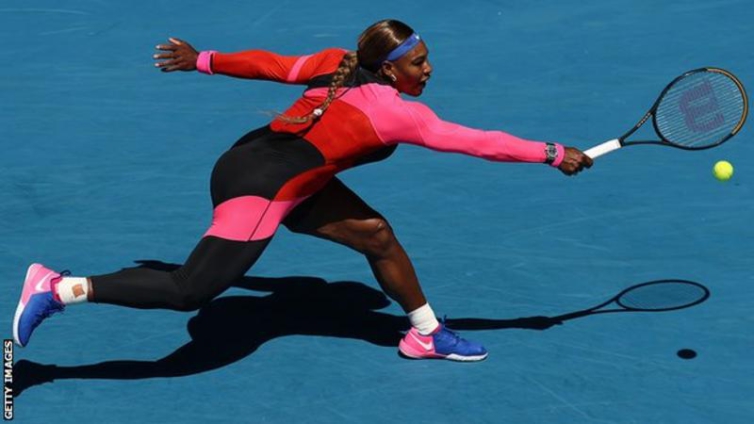 However, the American had trailed 5-3 in an error-strewn first set, and she had to save two set points before dialling back in to win.

Naomi Osaka also advanced after a cagey match against Ons Jabeur of Tunisia.

Third seed Osaka and her opponent struggled for rhythm but it was the Japanese who prevailed 6-3 6-2.

Osaka will face two-time Grand Slam champion Garbine Muguruza next, while Williams plays seventh seed Aryna Sabalenka for a place in the quarter-finals.

She will face a tough test against big-hitting Belarusian Sabalenka, who beat American Ann Li 6-3 6-1.

“I came out of the blocks not like I have been before,” said the 39-year-old, who had dropped only five games in her previous two matches.

“But it’s all about surviving and playing better every round.”

This is the last day that crowds will be in attendance at Melbourne Park before the state of Victoria enters a five-day lockdown on Saturday.

Up to 30,000 fans had been allowed in each day but the tournament will continue behind closed doors after an outbreak of coronavirus in a hotel.

Taiwanese Hsieh Su-wei reached the fourth round for the third time in her career with a 6-4 2-6 7-5 victory over Sara Errani of Italy.

Hseih, who beat eighth seed Bianca Andreescu in the second round, trailed 5-3 in the decider before winning four successive games to advance.

She will play Czech Marketa Vondrousova next, after the 19th seed beat Sorana Cirstea of Romania 6-2 6-4.