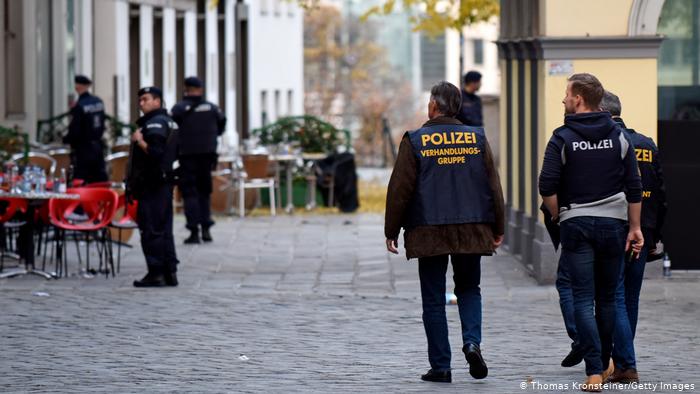 Authorities in Austria have ordered the closure of a mosque frequented by the attacker who killed four people in Vienna.

The police confirmed Germany had sent information linked to the gunman months before the shooting.

Following a deadly rampage in Vienna, Austrian authorities have moved to close two places of worship in the city that were allegedly linked with the Islamist attacker who killed four people this week.

One of them was a mosque registered under the Austrian law while the other was an Islamic association that operated as a mosque, the authorities said on Friday.

Both the Tewhid Mosque and the Melit Ibrahim Association were apparently frequented by the 20-year-old gunman.

Interior Minister Karl Nehammer described the closure as an “important step” against those who try to take advantage of the rule of law in Austria.

“We will always be facing a challenge of violent people, criminal organizations trying to hide behind the rule of law, legal structures — it will be a permanent battle,” said Nehammer.

Austrian Integration Minister Susanne Raab warned that people often get radicalized by an ideologythat does not cross into illegal territory.

Instead, “it stirs up a victimhood narrative, communicates an anti-Western position,” Raab said. Such narratives can be “dangerous, especially for people who are often in an individual identity crisis.”

At the same time, Raab warned that Austria’s response to this week’s terror attack “was not a fight against Muslims in Austria.” Everyone should fight radicalization together because Muslims are “the most threatened by political Islam and the extremists,” she added.

Austrian authorities have already admitted a “failure of communication” with their Slovak counterparts, who informed Austria that the gunman, already convicted for wanting to join the “Islamic State” militia, attempted to buy ammunition on Slovakian territory.

On Friday, Nehammer amped up the criticism of Austria’s security apparatus, saying there were “obvious and, from our perspective, intolerable mistakes” made in the runup to the terror attack.

The head of Vienna’s counterterrorism agency would be stepping down during the probe.

Appearing alongside Nehammer and Raab on Friday, Vienna police head Gerhard Pürstl confirmed that Austria had received information from Germany ahead of the attack. German authorities asked the Austrian police to monitor a meeting between the future attacker and a group of Germany-based extremists in July.

On Friday, Germany launched a series of raids over the Vienna attack.  Two men were also arrested in Switzerland.