Basketball invincibles: The story of the UG team yet to lose in 5 years 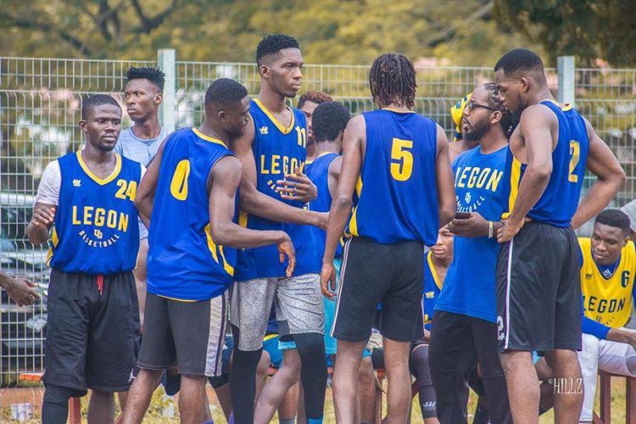 They are an ascendency, they are bullish and repressive. College basketball in Ghana screams, University of Ghana (UG), the one team that seem to dominate the Ghana college Basketball space.

Winning the Ghana Universities Sports Association (GUSA) basketball championship three times, the babyface of the GUSA – mini GUSA, once, triumph in the Universities, Polytechnics and Colleges (UPAC) four times, and not just winning it four times but doing so in four consecutive years from 2016, plus being FASU champions thrice means, the nickname, UG Guerrillas is nothing but a befitting epithet for champions.

Over the past few years in Ghana, the UG Guerrillas have won over the hearts of many who make hard sacrifices for the game of basketball.

The most intriguing factor for the hearts they capture as basketball cupids is not just because of the laurels they win but rather, how they win. They most at times leave it late.

There is a sense that they do it intentionally, just for the fun of it, they allow their opponents to have headway only to without mercy and with a raging pulse, clutch back at them, sink teeth into their throats, hack and leave them dead in the sand.

Aminu Abibu in an exclusive interview with Joy Sports explained how the team is able to pull off such nerve-wracking victories.

“So it’s something we work on during our practices. We play games whereby one team is down by 10 or more points with few minutes left and the other team has to try and win the game. So when situations like these happen in our games we know we still have a chance since the game is not over.”

They are champions that do it the hard way and make the hard things look appealing. That is the UG way and a signature GUSA and UPAC spectators have become accustomed to.

In the recent GUSA games, the Guerrillas had to overcome deficits of 12 points in games against top seed teams in UCC and KNUST in the third quarters of each game and they did, and did so remarkably, eventually winning those games.

Aminu indicated that during those games, the Guerrillas never felt intimidated and that is the ‘Guerrilla’ attitude – mamba mentality.

Triumph in the GUSA 2020 basketball championship with 20 points, winning 9 games and losing none – an unbeaten streak with a point difference of +504 sums up the Guerrilla way. Play hard whether on offence or defence. This kind of personality does not come cheap, it takes work and a sound tactical mind to give a team such identity.

Team coach Emmanuel Essel Worbil popularly known as Gana, who once worked with University of Ghana’s neighbors, University of Professional Studies, Accra (UPSA) and has close to 30 years experience with public universities in an interview with Joy Sports, credited the ‘Guerrilla way’, as the UG style of play has come to be identified, to the University of Ghana’s dedication to sports.

“I’ll like to thank the sports directorate. The University of Ghana sports directorate are different from other schools. You’ll be made to camp for one month before GUSA. For a little comparison, at UPSA it is not like that. To even get the boys to train is very difficult.”

He however confessed that irrespective of his team’s outlook during the recent GUSA games, they encountered scores of issues within his camp and had to summon secret meetings with his players to ensure their off the court problems did not affect their performances. “In basketball, if you are not united, things will never work.” were his words.

Speaking on his team’s ability to outrun opponents and keep pushing even during dying moments of the game, coach Gana indicated it is mainly due to their training routines and the willingness of his boys to listen and implement instructions. He stated that, the team works hard on their conditioning and he believes the Guerrillas can run and implement full court presses consistently for four full quarters.

Regardless of the team winning gold when they hosted GUSA in 2010 and in 2012, setting a record as the first team to win the GUSA championship in two consecutive seasons without registering a loss, the team experienced a massive slump till 2016. The team’s current successes is down to the creation of a persistently successful team which demanded planning and apt execution.

“So many studies have proven that the fastest growing sport amongst the youth is basketball so we thought, ‘you know what, let us go that tangent of originality. Get these students who are young from the SHS, nurture them, develop them and provide them all that they need so that they can excel.” – UG Sports Director, Dr. Bella Bello Bitugu.

From the appointments of classy coaches in Meme Falconer, Samori and now Gana, the University of Ghana sports directorate indicates the intent to make the UG Guerrillas the colossus of college basketball in Ghana. The director for the UG Sports Directorate, Dr. Bella Bello in an exclusive with Joy Sports explained the engineering behind the Guerrillas.

“One of the first things we did was to design and have approved the University of Ghana Policy on the Admission of Athlete Students (UG-PAAS) which is to give talented athletes the opportunity to enter the university on concessionary basis.”

The policy through his directorship aimed at highlighting sporting disciplines like basketball which the University of Ghana had ‘an advantage’ in and work hard to promote the talents they possessed and create a dynasty.

One key thing Dr Bello and his administration did was, to appoint UG-PASS coordinators in every region to scout and recommend players which the university picked up for grooming.

An additional pivotal thing the University of Ghana do which may be different to others is, the appointment of coaches is done in consultation with players with a student representative of the team according to Dr Bello allowed to sit on the interview of shortlisted applicants for the coaching role.

Planning and devotion look to be the pillar of the Guerrillas and with how strong the team and the organization of the team looks, it will be a long time before they are knocked off their pinnacle.

Their female counterparts, the UG Amazonians with their impressive performances during the recent GUSA games look set to replicate the successes of their male counterparts but as to if they will become the force of college women basketball is a question time and only time can answer.

Nevertheless, the UG Guerrillas are the pride of the University of Ghana and they are the team we want to watch.

The Basketball Invincibles documentary will air on the Joy News Channel at 4:30pm and 10pm on Friday, October 16.

DISCLAIMER: The Views, Comments, Opinions, Contributions and Statements made by Readers and Contributors on this platform do not necessarily represent the views or policy of Multimedia Group Limited.
Tags:
Basketball
Basketball invincibles
Joy Sports