Bawumia should use broadband connectivity to measure success in the digital space - Haruna Iddrisu - MyJoyOnline.com 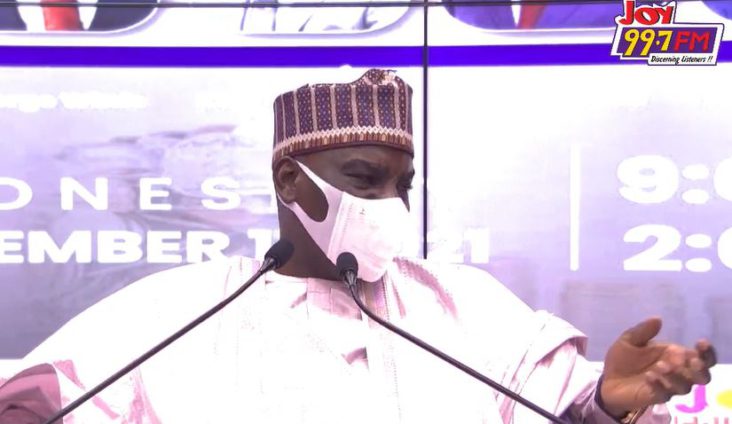 Minority Leader, Haruna Iddrisu, has asked the government to use broadband infrastructure and its availability across the country as a basis to measure its successes in the digital space and not the number of mobile phones citizens have.

Speaking on the Super Morning Show, on Wednesday, November 17, 2021, ahead of the 2022 budget reading, Mr Iddrisu stated that so far as internet access remains a challenge in the country, government has little to boast about when it comes to its digitisation agenda.

“When the Vice President was touting his success in the ICT sector, I was expecting him to talk about broadband connectivity in the country and where we are with internet bandwidth. That is what we should use to measure IT success not the number of mobile phones we have,” he said.

He indicated that at the time he was leaving office as Communications Minister, the country had already exceeded 100% mobile telephone penetration, hence, that can no longer be used as a basis to measure success in the digital space but rather, “access to bandwidth, broadband infrastructure, and its availability across the country, and more importantly, is usage in mainstreaming ICT in all aspects of our national life.”

“When you talk about innovation, I expected that Ghana should live forward,” he said.

The Vice President has been touting the achievements of the government in the digital space. His recent move regarding this was an interactive session with students of the Asheshi University.

Speaking at the lecture which was held on November 2, 2021, on the theme “Using digitisation to transform an economy – the Ghana story,” Dr Bawumia explained government’s vision and the measures undertaken so far with regards to the digitisation agenda.

He further addressed the impact of digitalization on the general Ghanaian economy and service delivery, both by government and the private sector; a number of them including babies receiving National ID, Ghana Card becoming e-passport by next year, the introduction of digital currency, e-cedi among others.

These notwithstanding, Mr Iddrisu believes the digitisation drive is incomplete if the country cannot boast of seamless internet connectivity.

He cited for instance that “in Washington or New York just walking less than 10 yards to 100 meters, you’re likely to have a signal strength of Verizon or At&t with you switching automatically to choose any of that network. You must be measuring your IT success using that as a basis [but] Ghana hasn’t achieved that yet. We projected this from 2013 to 2016. That has not been done,” he said.