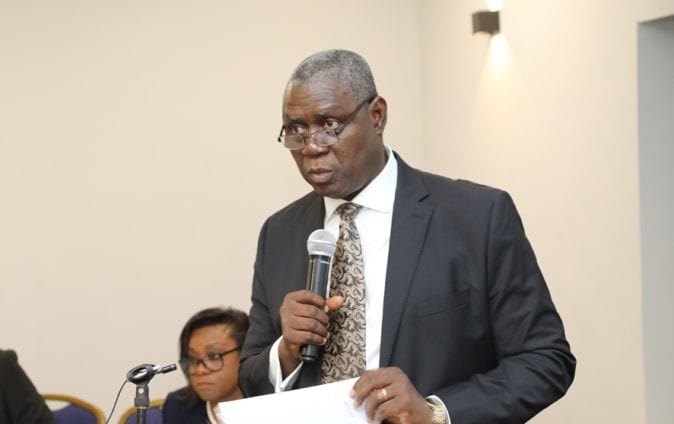 Justices of the Superior Courts of Ghana have undergone a two-day training in Accra on the new Companies Act 2019, (Act 992). The new Act replaced the repealed Companies Act, 1963 (Act 179).

The training, programme which was organised by the Judicial Training Institute in collaboration with the Bank of Ghana, was attended by 54 High Court Judges drawn from various Divisions of the High Court in the 16 Regions, 31 Court of Appeal Judges and 14 Supreme Court Judges.

They were taken through topics such as Introduction to and Background of Ghanaian Company Law, Provisions of the new Company Act 2019, (Act 992), Creation of the Office of the Registrar of Companies, Rotation of Auditors, and Qualification and duties of a Company Secretary.

The purpose of the training was to keep the Judges abreast of the provisions of the new Act, so that they can appreciate the reforms it has introduced and also have the requisite knowledge in corporate governance.

In his address, the Chief Justice, His Lordship Justice Anin Yeboah, identified continuous judicial education as one of the key strategic interventions of the Judicial Service to improve the quality of justice in the country and for the Service to deliver on its constitutional mandate.

He noted that the Judiciary for the past decade has sought to improve the quality of justice delivery, and continuous judicial education should be seen as the way to help the Judiciary and the Judicial Service to succeed in executing their mandate under the Constitution.

The Chief Justice remarked, “Efforts at reforming the Judiciary will not achieve much without a well-coordinated training to build the capacity of Judges and Magistrates as well as the support staff.”

He was of the view that the new Companies Act, having drawn on the experiences of more developed jurisdictions and international best practices, would make it easier for one to do business in Ghana. That makes it necessary for Judges to acquire the requisite knowledge to ensure speedy and effective adjudication of business and commercial disputes.

‘Our contribution as Judges is to be conversant with the provisions of the new Act, so that it will be enforced rightly and justly”, he said.

The resource persons were; Retired Justice of the Supreme Court, Justice Date-Bah and a Legal Practitioner, Mr. Felix Ntrakwah.