Body of Chinese man who drowned in dam at Kwahu retrieved 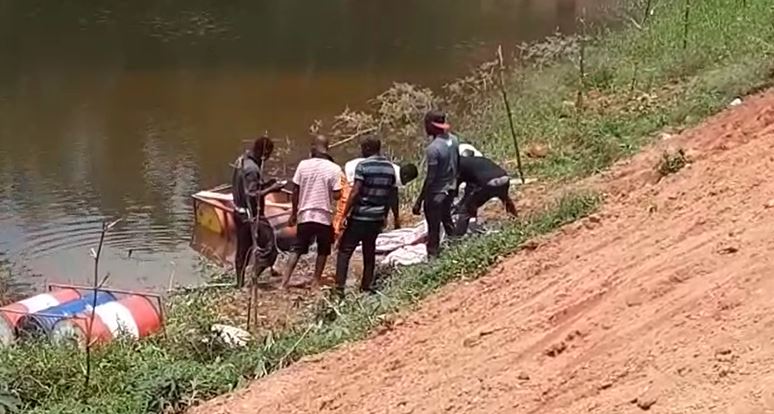 The body of a Chinese man has been retrieved from a dam at Esaase in the Kwawu West Municipality of the Eastern Region.

The man went missing after his car plunged into a dam in the municipality.

The unnamed victim works for a mining company as a supervisor for the construction of some road networks in the district.

He reportedly slid off the road and fell into the dam in the course of his duty.

A search party was convened to find the victim but he was nowhere to be found as the manager believed he had been trapped in the water.

But Adom News has discovered that the deceased has been retrieved.

Reports say the traditional authorities of the area poured libation before the rescue team found the body.

It has since been deposited at the Nkawkaw Holy Family Hospital mortuary for further investigation and autopsy.

Residents say this is not the first time such an incident has occurred at the dam.