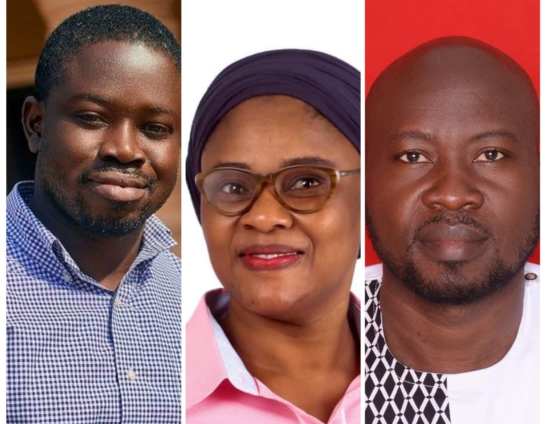 The Bono Region office of the ruling New Patriotic Party (NPP) has appointed seven new officers to occupy and serve in some regional executive capacities.

The appointments, per Article 9(8) of the party’s constitution, were confirmed after a meeting in Sunyani, involving all newly elected Regional executives, chaired by the Regional Chairman, Kwame Baffoe, aka Abronye.

The officers, some of whom would deputize other elected officers, are expected to discharge their duties as stipulated in their appointment letters, issued and signed by the Regional Secretary of the party, Kofi Ofosu Boateng.

“It is the expectation of leadership that you will adhere strictly to the party’s constitution in the exercise of your duties. Please note, leadership reserves the right to revoke your appointment on started grounds on any form of misconduct”, a portion of the letter sighted by Joy News stated.

The appointed officers would be expected to, in addition to their assigned duties, cooperate with the elected regional executives to achieve a common goal.

They have also been charged with ensuring that all hands are on deck in helping the party to break the eight-year alternating pattern of political power in Ghana and recapture the 6 parliamentary seats from the opposition National Democratic Congress, 5 of which they lost in the 2020 General elections.

Some party members and well-wishers took to social media to congratulate them and particularly appreciate Safura Mohammed Suraj’s appointment as the deputy organizer.

Safura, described by many of the party faithful as hardworking, is a patron and a polling station executive in Sunyani.