The European Union is “open but not convinced” by the UK PM’s new proposals for a Brexit deal with the EU, the president of the European Council says.

The plan would keep Northern Ireland in the EU single market for goods but see it leave the customs union.

But what happens to the border between Northern Ireland and Ireland remains a central sticking point.

Irish PM Leo Varadkar said the new plans for the withdrawal agreement were welcome, but “fall short in a number of aspects”.

Boris Johnson said on Thursday he had made a “genuine attempt to bridge the chasm” with EU officials before time runs out to reach a deal in time for the 31 October deadline for the UK to leave the EU.

Despite the prime minister’s vow to quit the bloc then, a law passed by UK MPs in parliament will likely force him to delay Brexit unless he manages to strike a deal before then.

The UK government says it is aiming to reach a final agreement at an EU summit on 17 October.

EU leaders face a delicate political dance, uncertain if Mr Johnson is open for deeper negotiations or is focusing his attention on a possible election campaign, says the BBC’s Europe editor Katya Adler.

Whatever happens, she adds, the EU will be reluctant to be seen slamming the door in the face of the UK.

What are the proposals?

Downing Street hopes the plan will replace a controversial Irish “backstop” provision – aimed at preventing the return of a hard border between Ireland and Northern Ireland – that has proved the biggest obstacle to the existing withdrawal agreement.

The backstop was meant to keep a free-flowing border on the island of Ireland but critics – including PM Boris Johnson – fear it could trap the UK in EU trading rules indefinitely.

Mr Johnson’s latest plan seeks to address this with the following: 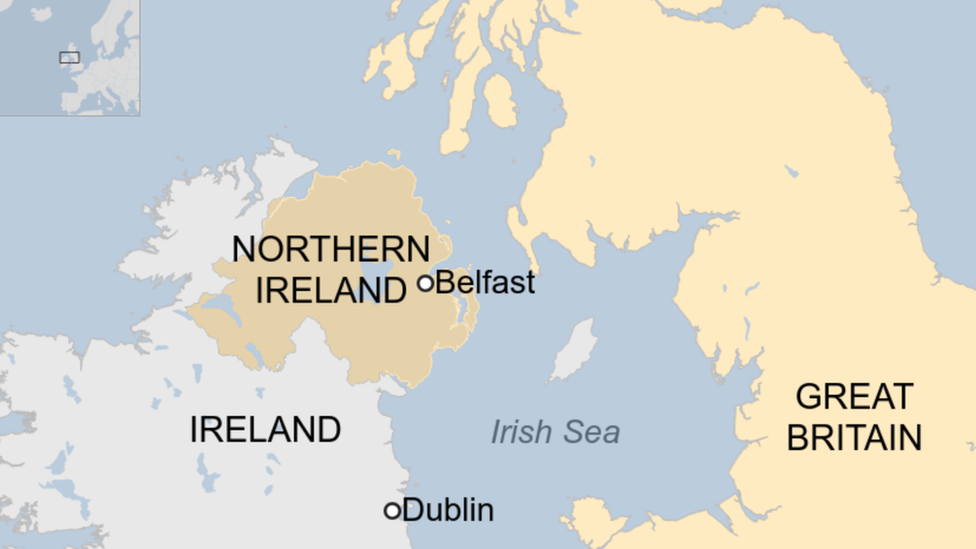 What do EU officials say about the proposals?

EU negotiators say they have already identified problems with the plans, including the continuing failure to avoid a hard border on the island of Ireland and the threat to the single market.

Donald Tusk reacted in a tweet, after speaking to Taoiseach (Irish prime minister) Leo Varadkar, who is seen as key to agreeing to a withdrawal deal.

For his part, Mr Varadkar voiced concerns over the customs proposals, questioning how Northern Ireland and Ireland could operate under different customs systems without the need for physical checkpoints.

He also questioned the plan to give Northern Ireland’s Assembly a veto over entering into a “regulatory zone” with the EU, without the involvement of the Ireland or the EU. 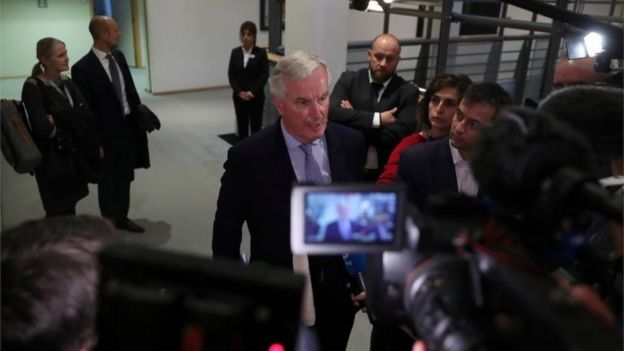 The UK has made some progress but “further work is needed”, European Commission chief Jean-Claude Juncker said.

Accepting the current proposals would not meet the objectives of the backstop including preventing a hard border, he added.

In an interview with the BBC, Mr Verhofstadt said the plan represented “a repackaging of old ideas”.

Earlier, the European parliament’s Brexit committee said the plan didn’t match “even remotely” what had already been agreed.

The EU’s chief Brexit negotiator, Michel Barnier, has said he will be in a better position to judge possible future negotiations with the UK once he has spoken to his UK counterpart, David Frost.