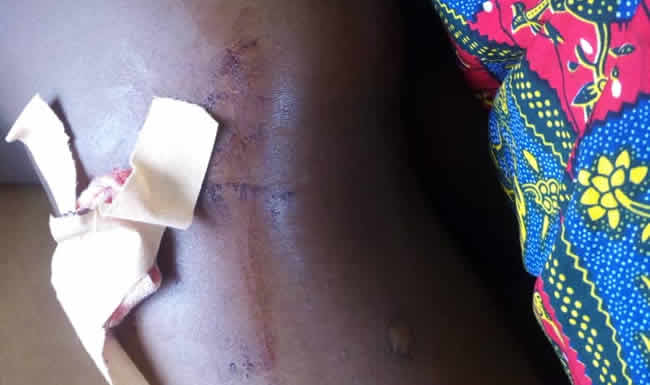 A 15-year-old boy has been shot and wounded after police in Walewale in stormed a popular drinking spot to enforce the ban on the opening of drinking spots.

The boy who is currently on admission at the Walewale Municipal Hospital in the North East Region was hit in the buttocks by a live bullet allegedly shot by the police.

Sources tell JoyNews the police raided the drinking spot, which is sometimes used as a nightclub, after hundreds of people gathered for a party organised by the owners.

This is in breach of coronavirus restrictions put in place by President Akufo-Addo to contain the spread of the virus.

According to the Walewale District Commander Sup. Peter Akabati, the officers came under attack by the crowd who fired gunshots and threw stones at them as soon as they arrived at the scene.

The police said they returned fire in response to the attack.

He said they managed to arrest the owner of the nightclub and shut down the drinking spot.

However, relatives of the victim have denied the accounts of the police.

According to them, the boy was returning home from quranic studies when the police shot him.

The incident which occurred over the weekend has sparked tension in the town as some residents are calling for the justice for the boy.

A group calling itself Concerned Youth of Walewale has issued an ultimatum to the police to initiate an investigation into the incident.

Members of the group have today petitioned the Municipal Chief Executive to intervene.