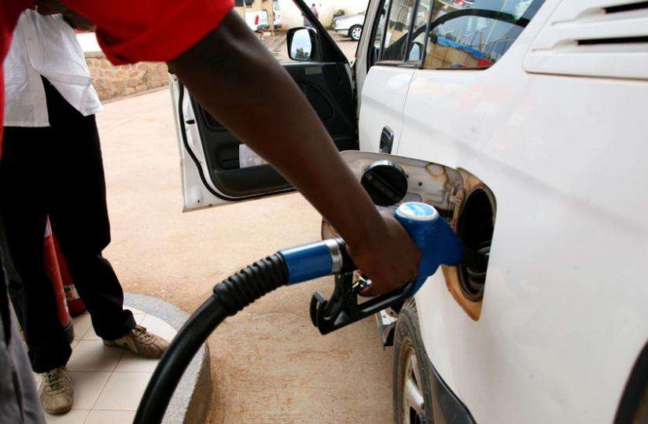 According to him, transport operators should turn attention to some Ghanaian and locally-owned fuel pumps selling fuel at lower prices.

His comment follows the recent threat by some 16 driver union to suspend their services by Thursday if government does not scrap off some five levies on fuel.

The group in a press conference on November 9, 2021 demanded that government should scrapped  the energy debt recovery levy, the Road fund levy, Energy sector levy, Sanitation levy and Special petroleum levy on fuel.

Speaking on the AM Show on Joy News on Wednesday, Kojo Poku urged the Ghana Private Road Transport Union (GPRTU) to avoid the fuel companies selling at higher prices.

“We are in a deregulated market. I have a problem when you ask government to scrap taxes…one of the key point for price deregulation is that consumers should patronise at cheaper stations.

He explained that some fuel filling stations are offering the ¢0.30 reduction that GPRTU has called on government to take off from some taxes.

“Some filling stations are charging ¢6.65; some are charging ¢6.9 that’s ¢0.30 reduction. Now ¢0.30 per litre is what we are asking government to take off its taxes but there are companies who are offering you that ¢0.30 discount at their forecourt, and nobody is going there,” he explained.

Mr Poku noted that for the civil society organisations in the energy sector, their demand is for government to cap the price margin by some major oil marketing companies.

Responding to the comment by the Energy Analyst, General Secretary of GPRTU, Godfred Abulbire argued that the challenge for transport operators is the difficulty in identifying whether the prices indicated corroborate with fuel pumped into their cars.

“The other problem that we are facing is that, there is no direct provision to the pump as to whether the price they have quoted is what they pump out to the consumers.

“We have avocations where some of them adjust their pumps and then when you are buying what you are seeing on their notice is not what they are pumping into your tank,” he noted.

According to Godfred Abulbire, the union held a meeting with the sector minister shortly after its press conference yesterday.

He added that the union is confident of a positive response from the government to address their concerns.

Currently, a litre of petrol and diesel sells at ¢6.90 at major oil marketing companies across the country.

This, the 16 driver union say they cannot put up with the recent increase in fuel prices. Government has announced the suspension of the Price Recovery and Stabilisation levy for the next two months to cushion fuel consumers.

DISCLAIMER: The Views, Comments, Opinions, Contributions and Statements made by Readers and Contributors on this platform do not necessarily represent the views or policy of Multimedia Group Limited.
Tags:
Fuel Prices
GPRTU
Kojo Poku