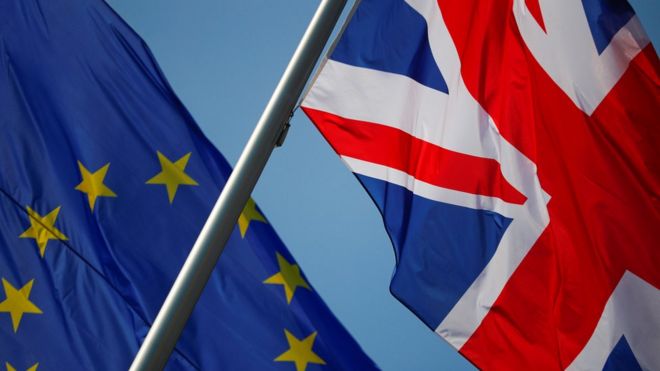 The EU has threatened the UK with legal action if it does not ditch a bill to override key parts of the Brexit divorce deal “by the end of the month”.

In a statement following emergency talks between the two sides, the EU said the bill “seriously damaged trust between the EU and the UK”.

The UK government said its Parliament is sovereign and can pass laws which breach the UK’s treaty obligations.

The source of the EU’s concern is Prime Minister Boris Johnson’s proposed Internal Market Bill, which was published on Wednesday.

It addresses the Northern Ireland Protocol – an element of the withdrawal agreement designed to prevent a hard border returning to the island of Ireland.

The bill proposes no new checks on goods moving from Northern Ireland to Great Britain. It gives UK ministers powers to modify or “disapply” rules relating to the movement of goods that will come into force from 1 January, if the UK and EU are unable to strike a trade deal.

Following the discussions, the EU issued a strongly-worded statement warning that the withdrawal agreement was a legal obligation, adding “neither the EU nor the UK can unilaterally change, clarify, amend, interpret, disregard or disapply the agreement”.

The EU rejected the UK’s arguments that the bill is designed to protect peace in Northern Ireland arguing that “it does the opposite”.

Maroš Šefčovič said that if the bill were to be adopted, it would constitute an “extremely serious violation” of the withdrawal agreement and of international law.

He urged the government to withdraw the bill “by the end of the month” and “reminded the UK government that the withdrawal agreement contains a number of mechanisms and legal remedies to address violations of the legal obligations contained in the text – which the European Union will not be shy in using”.

Issuing its own robust response, the UK government said it would “discharge its treaty obligations in good faith” but added “in the difficult and highly exceptional circumstances in which we find ourselves, it is important to remember the fundamental principle of parliamentary sovereignty”.

“Parliament is sovereign as a matter of domestic law and can pass legislation which is in breach of the UK’s treaty obligations. Parliament would not be acting unconstitutionally in enacting such legislation.

“Treaty obligations only become binding to the extent that they are enshrined in domestic legislation. Whether to enact or repeal legislation, and the content of that legislation, is for Parliament and Parliament alone.”

The Internal Market Bill will be formally debated by MPs in Parliament for the first time on Monday, 14 September.

Mr Johnson has defended the bill, saying it would “ensure the integrity of the UK internal market” and hand power to Scotland and Wales, while protecting the Northern Ireland peace process.

But critics – including a growing number of Conservative MPs and peers – say the move will damage the UK’s international reputation after a minister admitted the plans break international law.

Meanwhile, the chief negotiators from the UK and the EU, Lord David Frost and Michel Barnier, are meeting face-to-face in separate talks to help break the deadlock on negotiations for a future trade deal.

This latest round of negotiations are due to conclude on Thursday, and the UK government has said it is prepared to walk away if progress is not made soon.