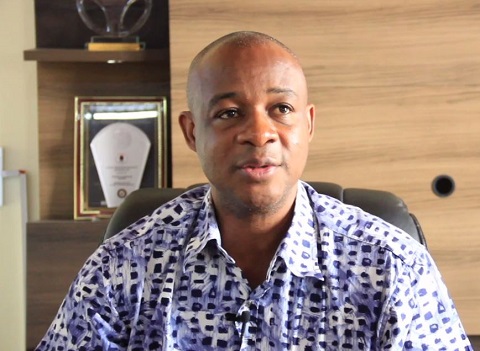 A Security Analyst and Chief Executive of the Security Warehouse Limited, Dr. Adam Bonah, has backed calls for the establishment of a bipartisan probe into the recent killing of two Police officers, who were arrested in connection with a bullion van robbery.

While contributing to discussions on Top Story on Thursday, Dr. Bonah said considering the complex nature of the issue, there’s the need for a more robust approach to unravel the truth.

Dr. Bonah said a bipartisan probe will help in restoring public confidence in the Police Service, therefore, he welcomes the idea.

“As far as I’m concerned, a bipartisan probe is something that I will welcome. In any case, once there’s loss of lives, usually the Police themselves would have to institute various forms of investigations. But I want to believe that this probably would be the first of its kind where we have a bipartisan probe involving such a matter. And so whatever finding they’re able to bring out and recommendations, will go a long way to help the Police Service itself”, he stated.

He also reiterated the need for an independent ‘Police Complaint Authority or Commission’, to handle matters relating to the Police.

According to him, even though such recommendations were contained in the report of the Ayawaso West Wuogon Commission, they weren’t considered by the Presidency.

The Security Analyst’s comments were in a connection with a private members’ motion by the Minority on Thursday, to probe the death of two Police officers who were killed in an operation to fish out perpetrators of a bullion van attack.

A Ranking Member on the Defense and Interior Committee of Parliament, James Agalga, earlier justified the need for the establishment of a bipartisan committee to investigate the alleged involvement of Police officers in recent bullion van robberies in the country.

Speaking in an interview with Evans Mensah on Top Story on Thursday, the legislator explained that, on some occasions, the Police have failed to do a thorough job, when investigating their own internal matters.

According to him, consequently, there have even been attempts to create an independent Police complaints commission, which has not materialised.

Mr. Agalga explained that the bipartisan parliamentary committee will therefore help unravel the truth of the issues, devoid of any influence or tweaking whatsoever.

Now in the aftermath of the killings in Asawase, the Police purported to investigate the matter. And the results of the investigation cleared the Police of any wrongdoing. But when there was some public outcry, and the authorities in the Ashanti Region paid heed to the outcry and set up an independent probe, the results were sharply in contrast with what the Police themselves churned out in their investigative report”, he stated.

On March 9, the death of the two Police officers was announced in a Police statement and confirmed on Joy FM’s Super Morning Show by the Director-General of Public Affairs, DCOP Kwesi Ofori.

During a raid at Borteyman in Ashiaman to apprehend suspects, there was an exchange of gunshots, and the two Policemen, Constable Reindolph Gyimah Ansah and Corporal Stephen Kwaku Nyame were shot and pronounced dead on arrival at the Police Hospital where they were rushed to.

Giving further clarification on how the incident happened, DCOP Kwesi Ofori explained that after preliminary investigations were conducted “we [the Police] intensified our investigation, and the two Policemen who were arrested assisted the Police to a location near Ashiaman”, which is believed to be the hideout of the criminals.

The criminals opened fire on the Police during the raid and the Police fired back. In the process, the two suspects sustained injuries and were rushed to the Police Hospital. Subsequently, “they were pronounced dead,” DCOP Kwesi Ofori said.

DISCLAIMER: The Views, Comments, Opinions, Contributions and Statements made by Readers and Contributors on this platform do not necessarily represent the views or policy of Multimedia Group Limited.
Tags:
Adam Bonah
Bullion van robbery
Ghana Police Service