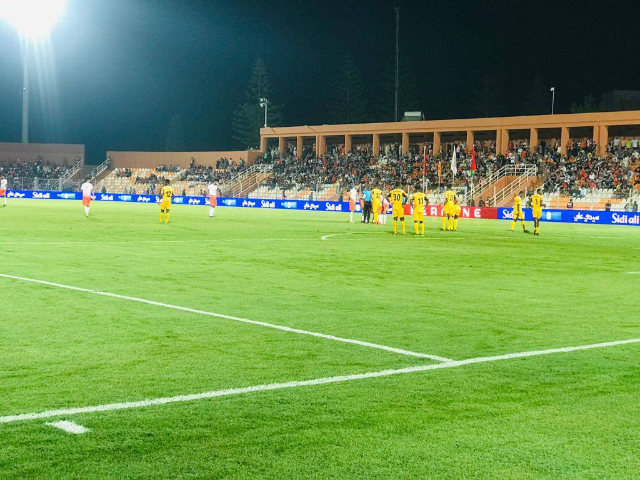 AshantiGold have crashed out of the CAF Confederation Cup following a 2-0 loss to Morocco’s RS Berkane on Saturday.

Goals from Issoufou Dayo and Zaid Krouch earned the Oranges victory in the first round, second leg fixture at Stade Municipal.

With a slim 3-2 away defeat in the first leg, the north Africans progressed 4-3 on aggregate to the play-off round.

It was certainly not a good introduction for Mohammed, as he was sent off eight minutes into the game. The hosts increased their tempo to capitalise on their numerical advantage.

After a series of near misses, coupled with some good work on the path of goalkeeper Frank Boateng, Berkane broke the deadlock through Dayo’s 32nd minute bicycle-kick.

On the stroke of half-time, the Oranges made it 2-0 as Krouch’s curled effort proved too strong for Boateng.

With nothing more to lose, AshGold came out of their shells after the interval.

After Alain Traore's close-range header narrowly missed target for what could have been 3-0, Appiah MacCarthy drove a long-range shot just wide at the other end, followed by goal attempts by Amos Addai and Abdul Latif Anabila.

In the end, it was not to be for the Miners as their lack of cutting edge, coupled with two missed chances by Bakre El Helaali, left the score line unchanged.