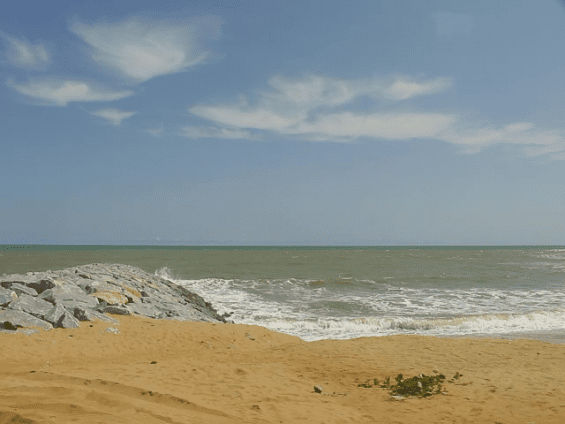 The Central Regional town of British Komenda has been thrown into a state of mourning following the drowning of four teenagers at the beach on Saturday, October 2.

Six children went swimming at where community leaders say, is an unauthorized place- a place where their sea god rests. Two of them who were rescued have been treated and discharged.

The Central Regional police command has begun investigation into the incident.

Regional Police commander, DCOP Kwadwo Antwi Tabi who visited the scene of the accident indicated that two bodies were washed ashore that very day – Saturday. One was washed ashore on Sunday while the remaining body was retrieved early Monday morning.

DCOP Antwi Tabi said a lot more education ought to be done on the Covid-19 restrictions to get the people informed.

“I think there’s also the need for education because according to some of the parents and the assembly men, most of these people are illiterate and don’t know anything about the Covid-19 restrictions and measures put in place under the Covid-19 Restrictions Act,” he stated.

He said the people there walk about without face masks and go swimming even when there are restrictions on such activities.

“There should be a step up in education. It should be continuous and not just a one-off thing because the pandemic is still with us,” he said.

Egya Essoun lost his son, 13-year-old Enoch Baffoe, in this unfortunate situation. He indicates the incident happened on their blind side.

He narrated, “We had a funeral here and while we were there, we heard that some children had drowned. When we rushed there, I saw the lifeless body of my son among the dead. It was heartbreaking.”

Chief Fisherman of British Komenda, Nana Kojo Mbeah II, stated that where the children went swimming is a prohibited part of the beach, a place even the elders hardly go there except they are going to perform rituals. He further explained that necessary rituals would be performed to prevent a recurrence.

Assembly man for British Komenda, Albert Kwofie, said they are liaising with the other stakeholders to get sign posts at the beaches to show prohibitions.

Meanwhile, the bodies of the 4 persons have been deposited at the morgue of the Cape Coast Teaching Hospital while the two who survived have been reunited with their families.