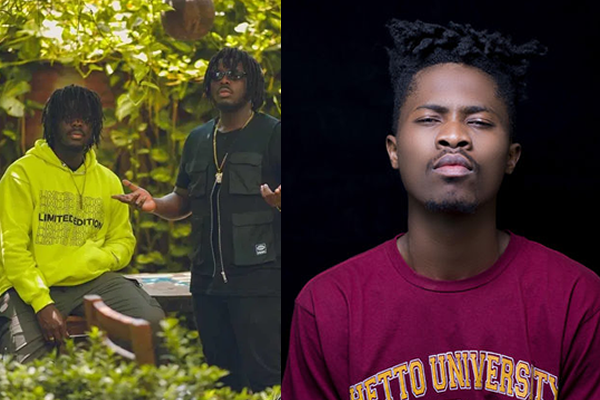 After witnessing the biggest form of beef during the Vodafone Ghana Music Awards followed by the lyrical feud between Medikal and Strongman, it seems feuds are not leaving the music industry anytime soon.

The 2019 end of year is turning out to be exciting for fans of lyrical feuds since DopeNation entered December with a diss song ‘Chairman’ targetted at rapper Kwesi Arthur.

The duo called out the rapper for stealing their moment to climax a show at Ghana Telecom University College, Accra, the reason for the diss song.

In the song, DopeNation said Kwesi Arthur was afraid of seeing them shine, because, according to them, he is scared that would be the end of his career.

In a video released after the song, DopeNation said the song was leaked. They explained that after recording they thought it was best to not release it.

The duo said they had been injured and elbowed when Kwesi Arthur and his team, graced the Ghana Telecom stage instead of them.

“We were expecting an apology for a long time, show respect to whoever respect is due,” Tony, one member said.

Listen to the song below: