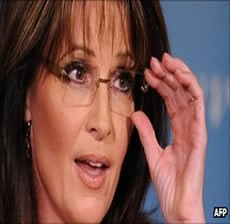 Former Vice President Dick Cheney thinks the selection of Sarah Palin as the 2008 Republican vice presidential nominee “was a mistake,” he told ABC’s Jon Karl in an interview excerpted Sunday on ABC’s “This Week.”

“That one I don’t think was well handled,” Cheney said of the 2008 selection process.

When it comes to choosing a vice presidential nominee, Cheney told Karl in an interview conducted recently on Cheney’s Wyoming ranch, “I sort of think of it as there are two lists. There is the big list. And it’s got a lot of folks on it.”

To get on the smaller list, though, politicians need to be able to clear a higher bar, said Cheney, who helped run the selection processes for former Republican Presidents Gerald Ford and George W. Bush.

“And the test to get on the small list has to be is this person capable of being president of the United States, and that’s usually a very, very short list,” he said, asserting that electoral considerations shouldn’t “override” Oval Office readiness.

“And I think that that was one of the problems that McCain had,” Cheney said. “I like Gov. Palin. I met her. I know her. She is an attractive candidate, but based on her background – she had only been governor for about two years – I don’t think she passed that test of being ready to take over.”