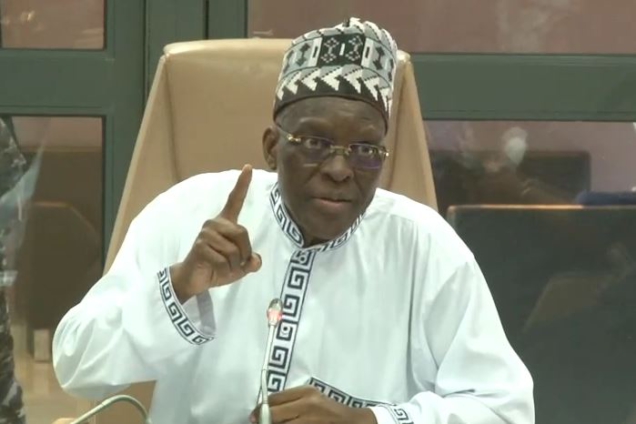 The Executive Director of the Ghana Integrity Initiative (GII) has asked the Speaker of Parliament to clarify his claim that a former Ghana Football Association (GFA) boss, Kwasi Nyantakyi’s downfall, was the genesis of the woes of the senior national football team.

Linda Ofori-Kwafo, who serves on the GFA Ethics Board, speaking on the Super Morning Show on Tuesday, said hearing such comments from Alban Bagbin is very disappointing.

“I’m still struggling to understand from which angle the Speaker is coming from. He is the Leader of Parliament, and the fact that Parliament plays a very important role in the fight against corruption, I’m sure many Ghanaians are confused as to what he means, and I’m confused as well,” she said.

Mr Bagbin, while addressing newly elected executives of the Parliamentary Press Corps after they were sworn in on Monday, attributed the woes of the Ghana Black Stars to the sacking of Kwesi Nyantakyi.

He noted that “when we were able to bring down Kwesi Nyantakyi, we also brought down Ghana football.”

“However, his dismissal following the release of the ‘Number 12 documentary’ was the genesis of all the problems with the senior national team.

The Speaker also disclosed that during a meeting with Executives of the Federation of FIFA, they questioned why that was done to Mr Nyantakyi.

“The value that he carried at their meetings. He was highly respected, he was very influential, and Ghana football was up there. We thought we were handling Nyantakyi, but we didn’t know we were handling the whole of Ghana,” he added.

But the anti-graft campaigner disagrees.

In response to this claim, Mrs Ofori-Kwafo questioned if it was the same FIFA that sanctioned the former GFA President that the Speaker was referring to.

“The Speaker of Parliament who is responsible for passing legislation cannot be speaking this way.

“For us to be hearing this from the Speaker, I think he has to come clear on this, but it tells us that our leadership commitment across the board is somehow questionable when it comes to the fight against corruption.

“To say I’m disappointed is an understatement, and I think the Speaker should come again to tell us what he meant.”