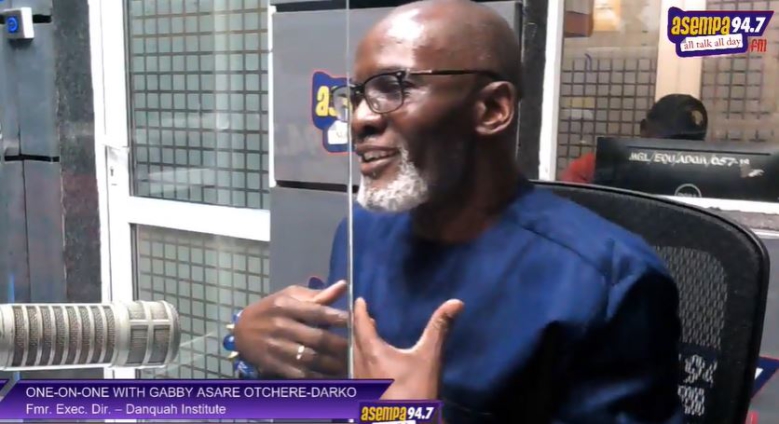 Private legal practitioner and member of the ruling New Patriotic Party (NPP), Gabby Otchere-Darko has expressed satisfaction with the reaction of Ghanaians ahead of the President’s address tonight.

According to him, the suggestions preceding the President’s address indicate collective concern from citizens.

In a tweet on Sunday, he said the constructive input from the populace is a sign of how Ghanaians are interested in seeing the country progress.

“I’ve been reading very constructive suggestions on what the President is expected to focus on from a cross-section of Ghanaians. It speaks of a nation of citizens, who’re genuinely interested in the well-being of our nation. That’s why we believe in Ghana”, he tweeted.

I’ve been reading very constructive suggestions on what the President is expected to focus on from a cross section of Ghanaians. It speaks of a nation of citizens, who’re genuinely interested in the well being of our nation. That’s why we believe in Ghana.

In a related development, Tolon MP, Habib Iddrisu, says Ghanaians will applaud the President’s upcoming address on the economy on Sunday, October 30.

According to him, the address will touch on relevant measures to salvage the country’s ailing economy.

Speaking in an interview on NewsFile on Saturday, the Second Deputy Majority Chief Whip said he is hopeful that Ghanaians will welcome the President’s speech despite the widespread public agitations about the state of the economy.

“I expect a general overview and measures that the President will put in place. And I’m very confident. I know that tomorrow after the President finishes delivering his speech, people will clap their hands and say that ‘yes’, there’s hope and we have a lot to do”, the MP noted.

President Nana Akufo-Addo will today, Sunday, October 30 address the nation on the economic challenges facing the country and its people.

The address is scheduled for 8:00 pm, and will be telecast on “GTV and on major television networks across the country”, the post said.

The address by the President comes in the wake of recent public agitations about the ailing economy.

Coupled with graduate unemployment and the general hardship in the system, many Ghanaians have subsequently bemoaned the situation and called on government to speedily resolve the crisis.

For some, the President’s upcoming address, therefore, comes as a welcome relief amidst the prevailing challenges.

Meanwhile, government says it is working to put the economy on a better footing.

DISCLAIMER: The Views, Comments, Opinions, Contributions and Statements made by Readers and Contributors on this platform do not necessarily represent the views or policy of Multimedia Group Limited.
Tags:
Akufo-Addo
Economy
Gabby Otchere-Darko
Habib Iddrisu
IMF
Inflation
President's speech