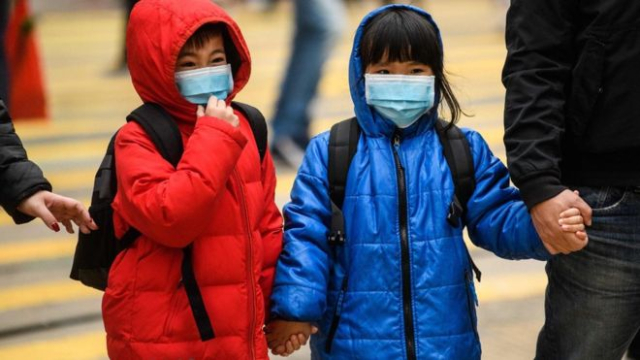 The death toll from the new coronavirus now stands at 106, with the number of infections almost doubling in a day.

Japan is sending a plane to Wuhan to evacuate its citizens, as efforts to repatriate foreign nationals from the city at the epicentre of the outbreak gather pace.

The virus has spread across China and to at least 16 countries globally.

Wuhan, as well as wider Hubei province, are already effectively in a lockdown with strict transport restrictions in and out of the area. Wearing masks in public is now mandatory in some Chinese cities.

On Monday, authorities in Beijing confirmed a 50-year-old man had died – the first fatality in the Chinese capital from the virus.

The coronavirus causes severe acute respiratory infection and there is no specific cure or vaccine.

Most of the deaths have been in Hubei province with the victims being elderly people or those with pre-existing respiratory problems.

A total of 60 people had been discharged from hospital after recovery, according to Chinese state media.

What steps is China taking?

Efforts to stem the spread of the virus have coincided with the Lunar New Year celebration, which usually sees millions travel across the country to visit relatives and friends. 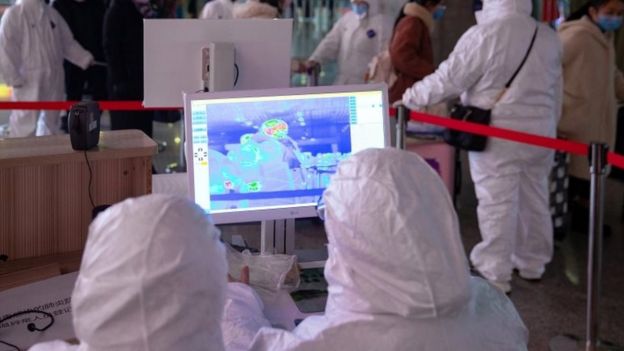 Travel is being severely restricted and monitored

To try and stop the spread of infections, many of the new year festivities have been suspended and the holiday period has been extended by three days to Sunday.

In Wuhan, travel from the city of 11 million people has been severely restricted and non-essential vehicles have been banned from the roads.

The city’s mayor though said about five million people had already left the city ahead of the holidays and before the lockdown.

The Disneyland attraction parks in Shanghai and Hong Kong have both been closed.

How is the virus spreading?

The new coronavirus is thought to have emerged from illegally traded wildlife at a seafood market in Wuhan and can now spread between people.

Chinese authorities over the weekend said the virus was – like a normal flu – able to spread during its incubation period and before any symptoms appeared.

This would set it apart from cases like Sars and Ebola and make it much harder to contain.

The incubation period can range from two to 10 days, according to the World Health Organization (WHO).

However unlike China, it said it remained unclear whether the virus was contagious before symptoms appear.

What is the situation internationally?

The United States, which has also had several infected cases, has urged its nationals to “reconsider travel” to China and is advising against travel to Hubei.

The country plans to fly consular staff and US citizens out of Wuhan in the coming days.

Japan is expecting to evacuate about 200 nationals on a chartered plane on Wednesday morning, with health workers on board to monitor passengers. The evacuees will be asked to look out for any symptoms of the new coronavirus for two weeks after their return.

Many other countries have also warned against any non-essential travel to China. Like the US and Japan, France has said it plans to airlift citizens out of Wuhan.

The UK is yet to make a similar decision but has urged Britons to leave the area if they can – however this has upset some living in Hubei who complain they are trapped.

The Philippines on Tuesday announced they would stop issuing visas on arrival for Chinese travellers.

According to the World Health Organization and national authorities, there have been at least 47 confirmed cases outside China.

The latest case to be confirmed is in the German state of Bavaria, only the fourth so far in Europe.

So far, there have been no deaths outside China.

What is the new coronavirus?

The virus causes severe acute respiratory infection and symptoms seem to start with a fever, followed by a dry cough. After a week, some people can experience shortness of breath and need hospital treatment.

The virus itself is a new, or “novel” coronavirus – a family that normally affects animals.

The effect of the coronavirus family on humans has long been observed mainly in the form of the common cold. In recent decades though, more serious coronaviruses – like Sars or Mers – have proven potentially deadly to humans.

Yet even in the cases of severe viruses most people infected were likely to fully recover just like they would from a normal flu.

On Tuesday, an expert at China’s National Health Commission (NHC) said one week was sufficient for a recovery from mild coronavirus symptoms.

According to local media, the NHC also said the virus could infect children, but that their symptoms would be relatively mild.

DISCLAIMER: The Views, Comments, Opinions, Contributions and Statements made by Readers and Contributors on this platform do not necessarily represent the views or policy of Multimedia Group Limited.
Tags:
China
Coronavirus