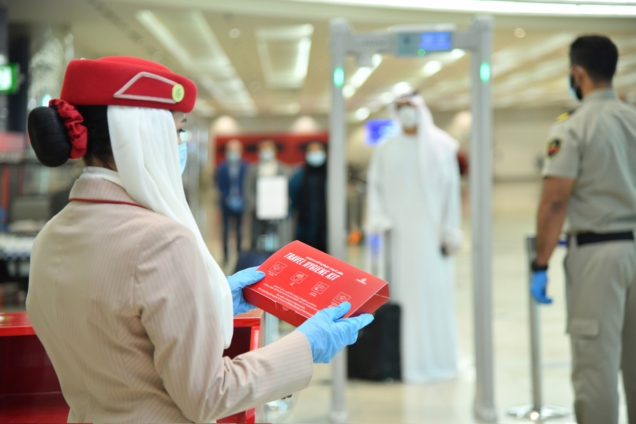 The president of Emirates said the Middle Eastern airline is set to cut as many as 9,000 jobs because of the coronavirus pandemic.

It is the first time the world’s biggest long-haul carrier has disclosed how many jobs will be lost.

Sir Tim Clark said the airline had already cut a tenth of its staff but said: “We will probably have to let go of a few more, probably up to 15%.”

The global airline industry has been severely impacted by coronavirus, with activity all but grinding to a halt.

In an interview with the BBC, Sir Tim said Emirates was “not as badly off as others”.

But its current situation marks a steep turnaround in the fortunes of the airline, which he said before the pandemic was “heading for one of our best years ever”.

The job cuts sweeping the wider aviation industry are fuelling concern amongst Emirates staff that things might get worse.

The BBC understands there is growing frustration at what they see as poor communications and transparency from the airline.

At least 700 of the airline’s 4,500 pilots were given redundancy notices this week, which means at least 1,200 have been told their jobs are going since the coronavirus crisis started.

The cuts have been focussed on those who fly Airbus planes, rather than Boeing aircraft.

Emirates flies superjumbo Airbus A380s which hold around 500 passengers. Whereas the Boeing 777s it flies hold fewer passengers and are therefore easier to fill during this period of decreased airline travel.

00Thousands of cabin crew have also been told they are no longer needed.

The International Air Transport Association, which represents 290 airlines, is forecasting that the world’s airlines will lose more than $84bn and one million jobs this year.

This week United Airlines, one of the big three in the US, warned its staff that it may have to cut 36,000 staff because of the huge fall in demand for air travel.

Helane Becker, managing director and senior research analyst at investment firm Cowen said given “the continuing issues surrounding the pandemic” she expects US airlines to cull up to 200,000 of their 750,000 staff this year.

US aviation unions are pushing the federal government to add to the $25bn bailout package it has provided so far.

As part of the conditions for receiving state help, airlines have to protect jobs until the end of September.

But IATA says there are wider benefits in doing so.

A spokesman said the scale of job cuts in the aviation sector “shows the severe economic crisis facing the industry and all who depend on air connectivity”.

Adding that its perfectly understandable that governments have put restrictions in place to try and keep people safe from coronavirus “but this should be done in the full knowledge of the economic and social consequences”.

DISCLAIMER: The Views, Comments, Opinions, Contributions and Statements made by Readers and Contributors on this platform do not necessarily represent the views or policy of Multimedia Group Limited.
Tags:
Airbus
Coronavirus
Emirates