The head of the religious sect that has been at the centre of the coronavirus outbreak in South Korea has apologised to the nation for the disease’s spread.

Lee Man-hee, the leader of the Shincheonji Church of Jesus, got on his knees and bowed at a news conference.

About 60% of the country’s more than 4,000 confirmed cases are sect members.

On Monday, South Korea – the biggest hotspot outside China – reported 476 new cases, bringing the total number to 4,212. It has recorded 26 deaths.

Prosecutors have been asked to investigate Mr Lee on possible charges of gross negligence.

“Although it was not intentional, many people have been infected,” said the 88-year-old leader. “We put our utmost efforts, but were unable to prevent it all.”

Of the confirmed cases, 3,081 are from the southern city of Daegu and 73% of these cases have been linked to the Shincheonji Church near there.

In the capital, Seoul, the mayor urged the city’s 10 million residents to work from home and to avoid crowded places.

Why is the Shincheonji Church of Jesus in the spotlight?

Members of the fringe Christian group are believed to have infected one another and then travelled around the country, apparently undetected. The group has been accused of keeping its members’ names secret, making it harder to track the outbreak.

But church spokesman Kim Shin-chang told the BBC they had provided a list of members, students, and buildings to authorities.

“We were worried about releasing this information because of the safety of our members,” Mr Kim said. 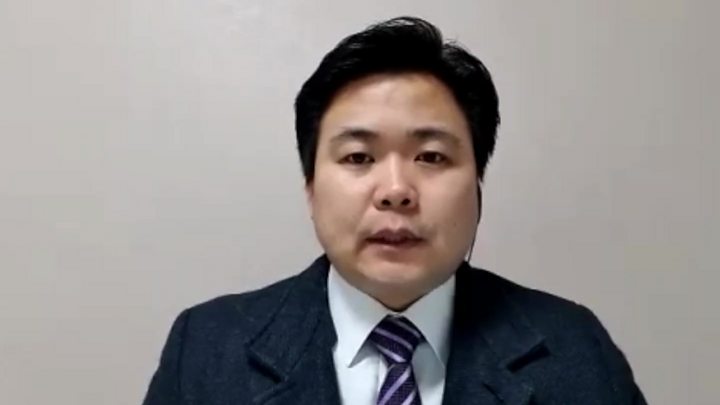 Mr Lee claims he is the second coming of Jesus Christ and identifies as “the promised pastor” mentioned in the Bible who will take 144,000 people to heaven with him.

The Shincheonji Church is labelled as a cult within South Korea and also in the Christian community, which results in the group often being discriminated against, persecuted or criticised, Mr Kim told the BBC. 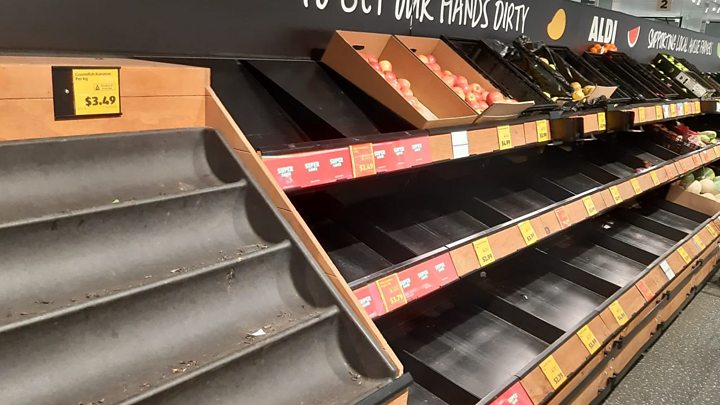 The number of people killed worldwide by the coronavirus has exceeded 3,000, as China reported 42 more deaths. More than 90% of the total deaths are in Hubei, the Chinese province where the virus emerged late last year.

Iran reported another 12 deaths on Monday, taking the total there to 66. They include Mohammad Mirmohammadi, a high-ranking adviser to the country’s Supreme Leader Ali Khamenei, Iranian media reported on Monday.

Worldwide, there have been almost 90,000 confirmed cases, with the numbers outside China now growing faster than inside China. 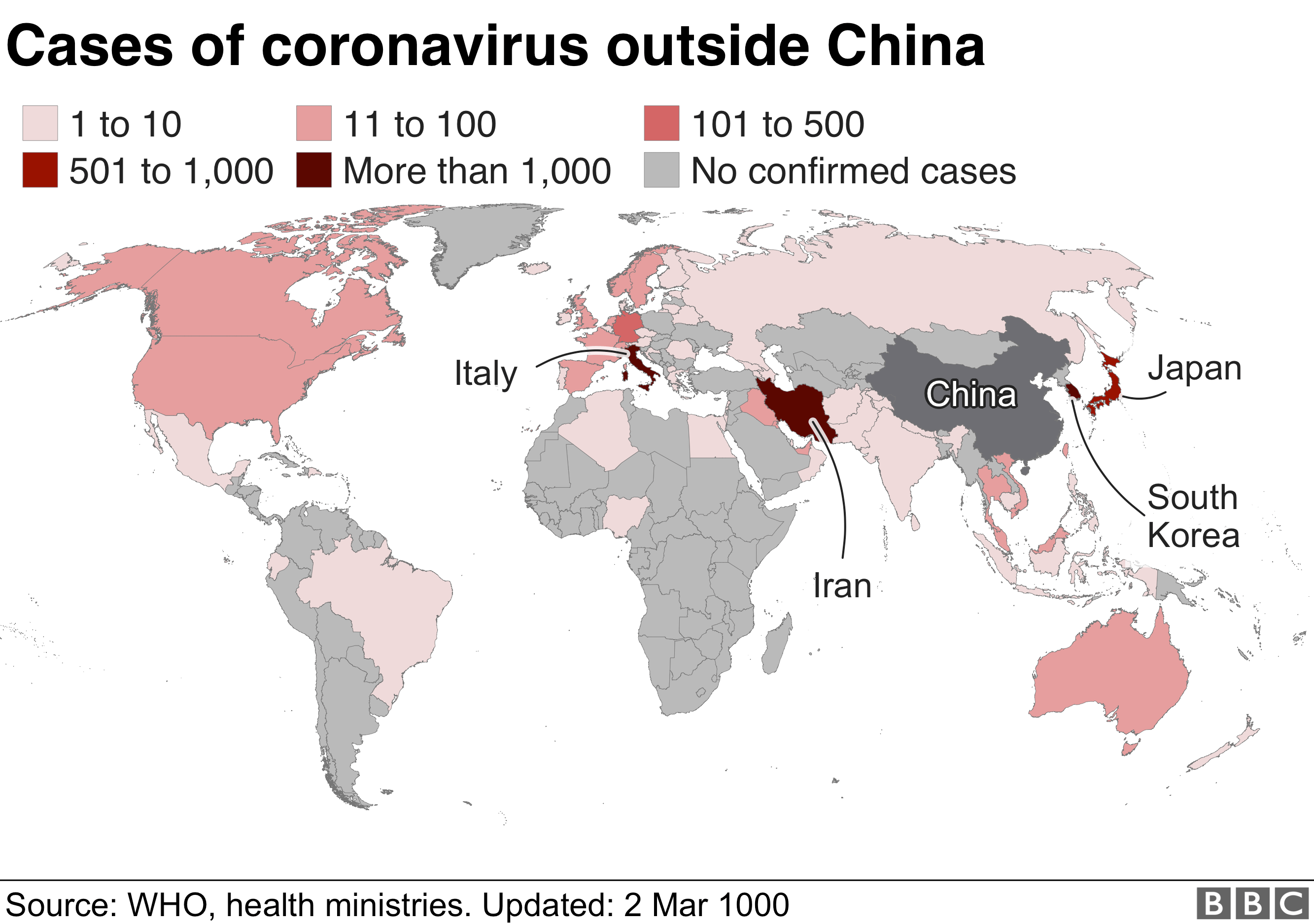 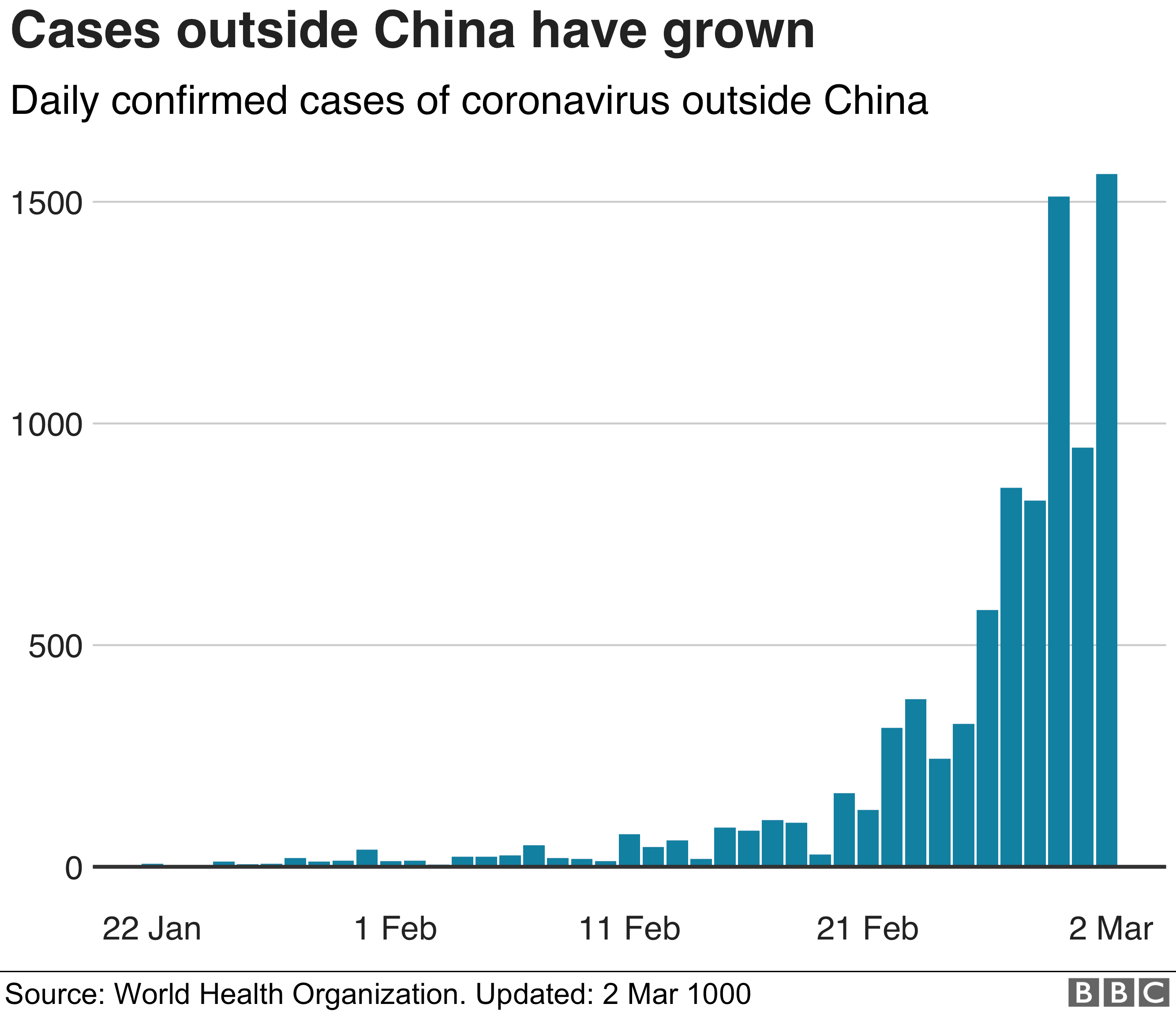 Qatar, Ecuador, Luxembourg, the Czech Republic and Ireland were among countries that confirmed their first cases over the weekend, as did Jordan on Monday.

Ecuador on Monday reported five new cases of the disease, bringing the total number of infected patients in the country to six.

The US state of New York also confirmed its first case. The patient is a woman in her 30s who contracted the virus during a recent trip to Iran. Two people have died in the US, both in the state of Washington.

What’s the situation in China?

China on Monday reported 42 more deaths, all in Hubei. There were also 202 confirmed new cases – only six of which were outside Hubei. A total of 2,912 people have died inside China, with more than 80,000 confirmed cases of the virus.

A spokesman from China’s National Health Commission said the next stop would be to “focus on the risks brought by the resumption of work”.

China’s economy has taken a hit – with factory activity falling at a record rate.

On Monday, a man was sentenced to death by a Chinese court for fatally stabbing two officials at a virus checkpoint, news agency AFP reported.

Ma Jianguo, 23, refused to co-operate with officials – though it is not clear what he was told to do – and stabbed two checkpoint officials. 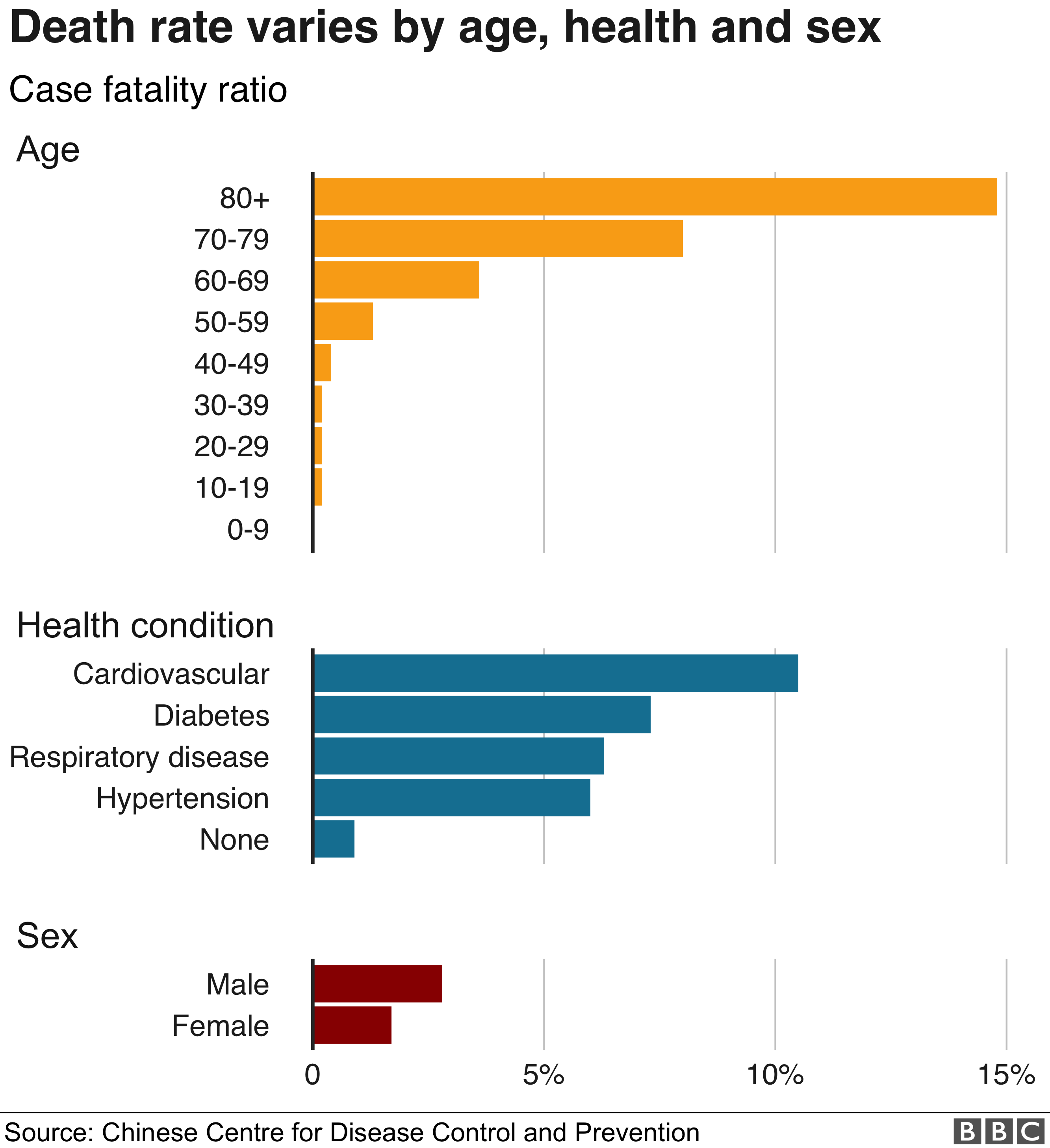 What has the WHO said?

On Sunday, the World Health Organization (WHO) said the virus appeared to particularly affect those over 60, and people already ill.

It urged countries to stock up on ventilators, saying “oxygen therapy is a major treatment intervention for patients with severe Covid-19”.

In the first large analysis of more than 44,000 cases from China, the death rate was 10 times higher in the very elderly compared to the middle-aged.

But most patients have only mild symptoms and the death rate appears to be between 2% and 5%, the WHO said.

By comparison, the seasonal flu has an average mortality rate of about 0.1%, but is highly infectious – with up to 400,000 people dying from it each year.