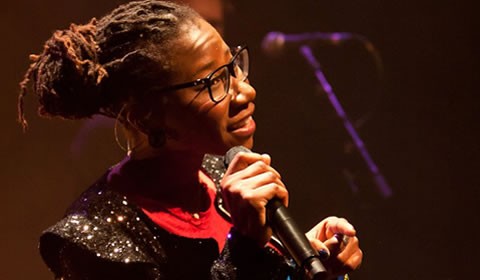 A Lagos High Court has adjourned a case involving sensational songstress Asa and the News of the People magazine, a celebrity magazine, to April 26, 2012.

Asa sued the magazine, published by Dockland Communications Services, for 700 million naira for writing an alleged false story about her in 2010.

The story alleged that 29-year old Asa was a lesbian and was in a relationship with her manager, Janet Nwose, an allegation the Jailer singer denies.

The case was first heard in November 22, 2010 at the High Court of Lagos State, Ikeja Judicial Division, Nigeria, with the magazine stating that Asa’s homosexuality was already in the public domain adding they culled their story from an internet publication.

Legal counsel for Asa, born Elemide Olubukola, stated that the publication by the magazine was defamatory, and “prayed the court to award damages in the above-mentioned sum.”

The court presided over by Justice A.J Coker adjourned the case between Asa and the weekly magazine after it was heard Thursday.

During the hearing, Asa was absent but was represented by her legal counsel Abraham & CO. A member of the legal team lawyer Mena Ajapkovi told the court her client was indisposed. Loye Hamsat, publisher of News of the People, was present in court.

“My lord, my client is indisposed; I plead for you to adjourn the case to a later date” lawyer Mena Ajakpovi, according to Nigerian Entertainment Today, told the court.

This did not go down well with counsel for News of the People magazine who argued that Asa’s counsel had pleaded with the court under the same pretence.

Asa and her manager are expected in court on the adjourned date for cross examination.