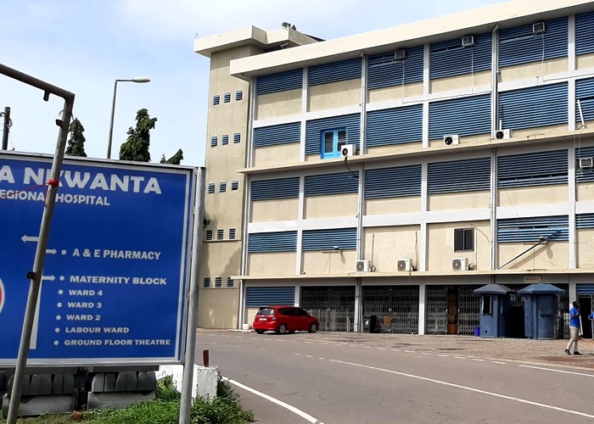 A 55-year-old Covid-19 patient at the Effia Nkwanta Regional Hospital in the Western Region has died while attempting to escape from the treatment centre.

The deceased, Paulus Okine was referred to the Covid-19 management center from the hospital’s Accident and Emergency Department on Wednesday, August 18.

Narrating the incident, the Hospital’s Deputy Director of Nursing Services of the hospital, Justina Amo Yartey told Adom News’ Lord Tawiah that the security personnel at the treatment centre spotted the patient leaving his ward on Thursday morning.

However, when he inquired why he [the deceased] was leaving, Mr Okine reportedly threatened to harm the security man should he try to prevent him.

But moments after the encounter, the patient was found lying in a prone position near the nurse’s quarters in the area.

After clinicians conducted their tests, they confirmed the patient dead.

Madam Amo Yartey further indicated that the case has been reported to the Sekondi District Police Command.

Meanwhile, the body has since been deposited at the mortuary.