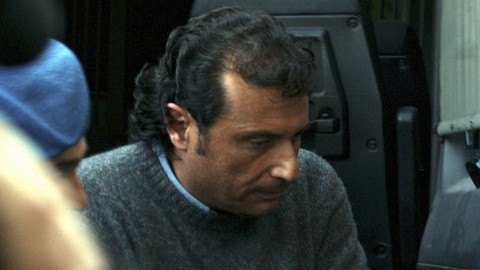 Italian judges have put under house arrest the captain of a cruise ship that crashed into rocks on Friday.

Rescuers have recovered 11 bodies and are searching for 24 missing people.

The local authority says 20 passengers are still missing. They include people from Germany, Italy, France and the US.

Four crew members – one each from Italy, Hungary, India and Peru – are also missing following the incident, just off the coast of the island of Giglio Porto.

Meanwhile, new satellite information shown to the BBC’s Newsnight programme shows that the vessel had a “near miss” even closer to the island last August, in a diversion that was apparently approved by the ship’s owners, Costa Cruises.

A recording of a call between Capt Schettino and a port official shortly after the crash appears to support the prosecutors’ accusation that the captain left the vessel while passengers were still on board.

In the recording, released by the Corriere della Sera newspaper, Livorno Port Authority chief Gregorio de Falco can be heard repeatedly telling the captain to get back on board the ship to help the stranded passengers.

“Schettino, maybe you saved yourself from the sea, but I’ll make you have trouble for sure. Go aboard,” says Mr De Falco.

The captain appears to refuse, replying first that there are rescuers already on board, and then that it is dark and difficult to see.

Coastguards believe he never went back to the ship. He was arrested shortly afterwards and has been held in jail since.

But during a court hearing on Tuesday, the captain said he could not get on board the vessel because it was lying on its side.

He argued that after hitting rocks he had executed a difficult manoeuvre that had saved many people’s lives.

His lawyer Bruno Leporatti later announced that the judge had decided to release the captain from jail and place him under house arrest.

Prosecutor Francesco Verusio, who had argued that Capt Schettino was a flight risk, said he did not understand the ruling.

“I’m keen to read the reasoning,” he said.

Meanwhile, rescuers found six more bodies in the wreck of the ship on Tuesday, bringing the confirmed death toll to 11.

“The five victims are a woman and four men, who could be passengers, but we are not sure,” said coastguard spokesman Filippo Marini.

He added that the dead people were between 50 and 60 years old, and were wearing life-jackets.

The bodies were found near one of the assembly points where people were told to gather in an emergency.

The authorities are also battling to avoid an environmental disaster, amid fears that the cruise ship’s fuel tanks could break apart and shed thousands of tonnes of diesel into the sea.

Specialist salvage teams have been drafted in, and are due to start pumping the fuel out in the coming days.

The BBC’s Peter Biles: “Footage shows the passengers dwarfed by the vastness of the ship”

The ship, carrying 4,200 passengers and crew, had its hull ripped open when it hit rocks late on Friday, just hours after leaving the port of Civitavecchia for a week-long Mediterranean cruise.

Some people were forced to swim for shore as the angle of the ship made launching lifeboats impossible.

Infrared footage taken from a helicopter showed lines of people climbing ropes down the exposed hull of the vessel to reach rescue boats on the water.

Meanwhile, satellite tracking information given to the BBC by the shipping journal, Lloyd’s List Intelligence, shows that the Costa Concordia sailed closer to Giglio island on a cruise last August than it did on its disastrous voyage on Friday.

Lloyd’s List told the BBC that the vessel passed within 230m of the island on 14 August 2011 to mark La Notte di San Lorenzo – the night of the shooting stars festival on the island.

The route deviation on that occasion had been authorised by Costa Cruises – the company which owns the vessel.

The company said on Monday that the ship was never closer than 500m to the coast when it passed on 14 August.

Lloyd’s List describes that occasion as a “near miss” and says the ship’s route would have been less than 200m away from the point of collision on Friday’s voyage.

Costa Cruises said on Monday that the route deviation last Friday had been “unauthorised, unapproved and unknown to Costa”.

But Richard Meade, the Editor of Lloyd’s List, said: “The company’s account of what happened, of the rogue master [Capt Schettino] taking a bad decision, isn’t quite as black and white as they presented originally.”

“This ship took a very similar route only a few months previously and the master would have known that.”

Costa Cruises says it is looking into the claims, but stands by the statement it gave on Monday.
Nautical charts

Meanwhile, Lloyd’s List says the issue of which nautical charts the captain of the vessel was using looks likely to be critical to his defence if he does face a criminal prosecution.

The UK Hydrographic Office (UKHO) has issued a statement declining to comment on whether its charts were being used. No rocks are shown on the UKHO’s chart at the position where the Costa Concordia sank.

The UKHO points out that its charts are only at the 1:300,000 scale and that Italian charts are available on a much larger scale.

“It should be noted that this small scale chart is considered to be unsuitable for close inshore navigation,” the UKHO told Lloyds.