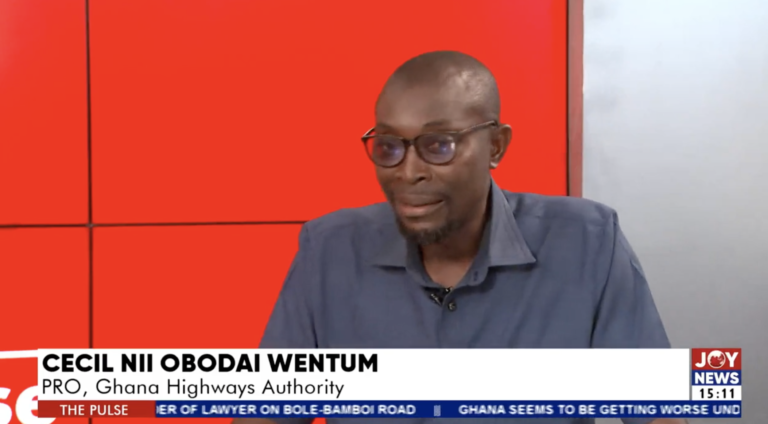 The Ghana Highway Authority (GHA) says the lack of functional streetlights on the Sogakope bridge is not a problem.

The Public Relations Officer of the Authority, speaking on JoyNews’ The Pulse with Blessed Sogah on Monday, May 30, said the situation “is not as bad as it is”.

According to Cecil Nii Obadai Wentum, this observation is after an assessment done by its engineers.

He said if the situation was that dire, the Authority would have attended to it.

In a yet to be aired documentary, JoyNews’ Blessed Sogah revealed that the bridge has been plunged into total darkness for five years.

As a result, some residents say although the bridge makes transportation easy, there are constant accidents on the road, making it dangerous to ply on.

“Seriously I think without this bridge, it will be difficult for cars to come and go out because without this, we cannot go to places like Kpando and the likes, and it is only this bridge that connects us to them,” one of the residents said.