David Cameron: UK will get up to strength in 2012 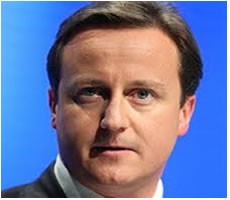 David Cameron has promised to use the “global drama” of the Olympics and “glory” of the Queen’s Diamond Jubilee to help get Britain “up to strength”.

“This will be the year Britain sees the world and the world sees Britain,” the PM said in his new year message.

However, he admitted 2012 would be difficult as the economy struggled.

In his new year message, Labour leader Ed Miliband said his party must convince people in 2012 that “optimism can defeat despair”.

The message, issued before the new year, said the UK needed “profound change” to avoid a future of struggling to compete in the world and called on politicians to show they could make a difference.

And in a message issued to Lib Dems last week, Deputy Prime Minister Nick Clegg said the new year posed “many great challenges for everyone”, adding that his party had ensured the coalition government was helping people.

Mr Cameron said 2012 “must be the year we go for it” – the year the coalition government “does everything it takes to get our country up to strength”.

But he insisted the coalition understood the problems and would “do more” to help people through them.

“The coming months will bring the global drama of the Olympics and the glory of the Diamond Jubilee,” Mr Cameron said.

“Cameras and TV channels around the planet will be recording these magnificent events. It gives us an extraordinary incentive to look outward, look onwards and to look our best: to feel pride in who we are and what – even in these trying times – we can achieve.”

He continued: “Of course, I know that there will be many people watching this who are worried about what else the year might bring.

“There are fears about jobs and paying the bills. The search for work has become difficult, particularly for young people. And rising prices have hit household budgets.

“I get that. We are taking action on both fronts. I know how difficult it will be to get through this. But I also know that we will.”

Mr Cameron said the government had “clear and strong plans” to bring down the deficit, which were giving “some protection from the worst of the debt storms now battering the eurozone”.

“We have gained security for now – and because of that, we must be bold, confident and decisive about building the future,” he added.

“I know much needs to change. We’ve got to do more too to bring our economy back to health. So we’ve set out big plans for the transformation of our infrastructure, starting now – with better roads and railways, superfast broadband and new homes.”

He said although much of Europe was struggling there were huge opportunities for UK businesses in other parts of the world.

And he promised to be bold in sorting out public services and social issues – complaining that “too often our schools aren’t up to scratch, our hospitals aren’t always clean enough and our police don’t catch criminals”.

“While a few at the top get rewards that seem to have nothing to do with the risks they take or the effort they put in, many others are stuck on benefits, without hope or responsibility,” he said.

“So we will tackle excess in the City just as we’re reforming welfare to make work pay and support families.

BBC political correspondent Ben Wright said the prime minister’s message appeared to be an attempt to provide some positive sentiments.

Our correspondent said: “I think he is trying to lift a sense of despondency because he knows the backdrop at the moment is gloomy.

“We have the eurozone crisis looming over everything, we have unemployment going up and we have another year of retrenchment in public spending – that is a difficult backdrop.”

“In his new year message to Lib Dems, issued last week, the deputy PM Nick Clegg said next year posed “many great challenges for everyone”.

He said the UK had been “pulled back from the brink” by a government which remained focused on its “economic rescue mission”.