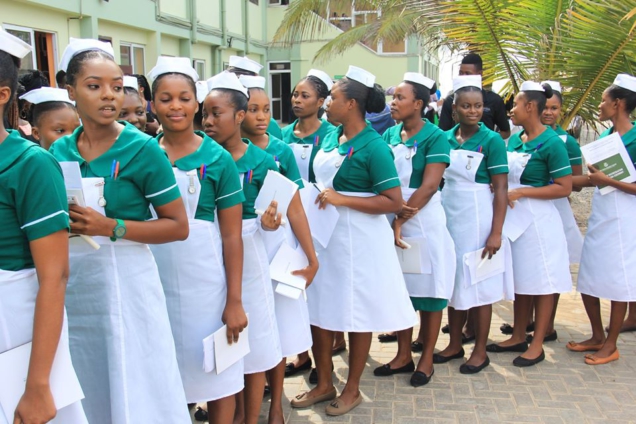 President of the Ghana Registered Nurses and Midwives Association (GRNMA), Perpetual Ofori-Ampofo, says the demand for a 20% cost-of-living-allowance (COLA) is legitimate, taking into consideration the harsh economic conditions workers have to contend with.

She noted that it will be unfair to demand of the labor force to let go of their COLA agitations simply based on the fact that Article 71 holders have received a 30% cut on their salaries.

According to her, “We don’t think that cuts have any impact on their pockets and for that matter what we’re asking for is legitimate. Look, Article 71 holders, others who are on certain types of salaries and all that, you know, it puts them in a certain category that makes them more comfortable.”

She explained that the 4% and 7% salary increment they received from government last year has been severely eroded and thus it was time for government to provide a more sufficient solution to their problem in the form of a 20% COLA.

“Now when you talk about public sector workers and you look at – just like I said earlier – the 4% and the 7% we received and you look at our circumstances today it is nothing to write home about.

“That was a huge sacrifice and if you remember the bashing that we got from workers at the point where some unions heads had to roll in terms of taking the leadership out and all of that, we have made sacrifices and therefore, we think that at this time we’re in midyear, the 7% we received is nothing if you look at the rate at which inflation is,” she said on JoyNews’ Newsfile Saturday.

Madam Ofosu-Ampofo has thus called on the government to prioritise engaging labour unions to meet their demands before more unions embark on a nationwide strike.

“And therefore we are only calling on government that it is important that we sit and talk. We are happy to note that a meeting was held yesterday, we were all there, we discussed and we set out the modalities for a meeting next week Tuesday to begin discussions on this COLA.

“Because we were made to understand by the Ministers of Finance, Education, Employment and other government entities that were there like the Fair Wages and Salaries Commission and the like that these issues about the cost-of-living-allowance have been escalated to His Excellency the President of the Republic and therefore they’re committed to ensuring that they look at the issues critically and come to our aid as workers.