Dialogue on 2022 budget to avert governance and economic shutdown - MyJoyOnline.com

Dialogue on 2022 budget to avert governance and economic shutdown 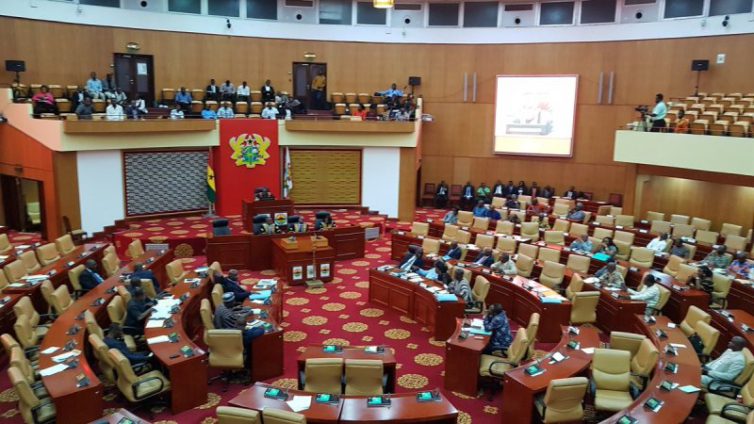 Two experts have advised Members of Parliament to speedily dialogue and resolve their differences regarding the 2022 Budget Statement and pass it in the interest of the people.

This is to prevent a lull in governance, stimulate recovery of the economy from the ravaging impact of the Covid-19 pandemic, and lessen the rising cost of living.

Professor Justice Nyigmah Bawole, a governance expert, and Prof. Peter Quartey, an economist gave the advice regarding the consequences of the rejection of the Budget by Parliament last Friday.

Speaking at a post-budget review programme organised by the Institute of Statistical, Social and Economic Research (ISSER) in Accra, Prof Quartey, the director of the Institute , emphasised that, “the Majority should dialogue with the Minority and arrive at a consensus and it will be a win-win for Ghana.”

“Otherwise, the longer we delay in implementing this budget, the problems will increase for us: investor confidence will wane, and it will have repercussions on our exchange rate, cost of doing business, income, and livelihood,” he noted.

Failure to immediately resolve the issues raised by the Minority Caucus and the public, at large, would plunge the country into economic crisis and dampen investor confidence, he cautioned.

The Minority in Parliament voted to reject the Budget Statement after the Majority side walked out in protest of the escort of the Finance Minister by Marshalls from the House following a vote, which denied his request to meet the leadership of both sides to engage on the Minority’s concerns on the budget.

The Majority said they were also unhappy that the General Secretary of the National Democratic Congress Party, Mr Johnson Asiedu Nketia, remained in the public gallery during a voice vote.

According to the Minority, they rejected the Budget because of the proposed 1.75 percent electronic levy (e-levy), and the omission of investment in the Blekusu Sea Defence project in the Volta Region.

They also want a withdrawal of the Agyapa Royalties deal, and the reconstruction of GNPC’s acquisition of stake from Aker Energy and AGM Petroleum, and a review of the benchmark value for imports.

Prof. Quartey called for a reduction in the rate of the e-levy from the proposed 1.75 percent to a range of 0.5 to 0.75 percent, indicating that Ghanaians are not against the payment of the e-levy but found the rate high.

He said the strong political interests on the part of both the Majority and Minority and the lack of broad consultation contributed to the rejection of the 2022 Budget, a situation which occurred in the country in 1981.

He urged the public to track the government’s expenditure. “Ghanaians should be concerned about how state funds are used. We must not only talk about the inefficiencies and corruption; we should spend more time tracking how these expenditures are incurred.”

Prof Bawole, Dean, University of Ghana Business School (UGBS), who spoke to the Ghana News Agency (GNA) said, it is important that both sides “sit down and discuss it and bring a new budget plan”.

He expressed concern about the silence of the Budget on the Keta tidal waves and said, “this is not just a political issue; it is a life and death issue for some people… and incidentally that happens to be a stronghold of the opposition, so a clear blackout is something that we do not expect to happen in the budget following such a major disaster.”

He stated that if both sides did not reach a consensus for a new budget to be passed before January one; “We’re going to have a grinding of governance. There can be a quarterly approval that the Executive can seek to get work going on, but that would not be helpful”.

He noted that “for the survival of the nation Ghana, the Executive should go back and do all the consultations and negotiations and make sure that they can get the Minority side along and get the budget approved.”

Prof Bawole, therefore, urged the government to “realign the budget and take off some the items that Parliament does not consider a priority even though the Executive may want them and then move the money into other areas.”