A Disney producer says the character Li Shang is missing from the live-action remake of Mulan, as his storyline is not “appropriate” in the #MeToo era.

The film tells of a woman who disguises herself as a man to fight in place of her father in China’s imperial army.

In the 1998 animated original, based on the Chinese legend of Hua Mulan, General Li Shang developed a bond with Mulan’s male warrior alter-ego Ping.

After her true identity was revealed, she and Li Shang have dinner together.

Given recent revelations in Hollywood, however, producer Jason Reed confirmed they were uncomfortable with the power dynamics in their relationship.

“I think particularly in the time of the #MeToo movement, having a commanding officer that is also the sexual love interest was very uncomfortable and we didn’t think it was appropriate,” Reed told Collider.

“We split Li Shang into two characters [for the remake]. One became Commander Tung, who serves as her surrogate father and mentor in the course of the movie. The other is Honghui who is [Mulan’s] equal in the squad.” 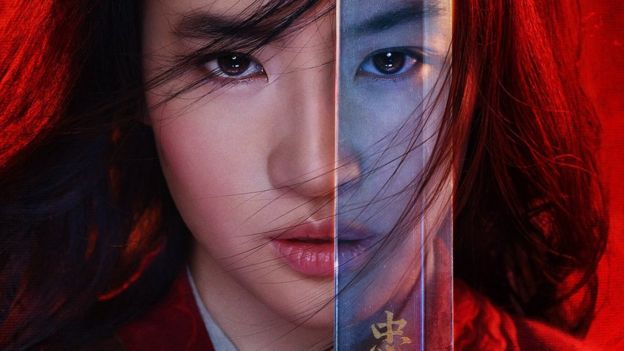 Last week, movie mogul Harvey Weinstein was found guilty of two counts in his sexual assault trial, more than two years after the first allegations against him emerged, sparking the #MeToo movement.

Li Shang was voiced by BD Wong in the original, with Donny Osmond providing his singing voice and Jackie Chan doing his parts in the Chinese-dubbed version.

Some fans of the original film have questioned the need for the character’s removal, suggesting there was nothing untoward about the relationship between Mulan/Ping and Li Shang in the first place.

Kala Elizabeth tweeted: “Li Shang’s entire arc is about realising that Mulan isn’t lesser than because she’s a woman, he learns and grows because of her.

“It’s almost like men could learn from this exact story?”

Another user, Sam the Great described Li Shang as a “bisexual legend” and one that “would never use his position as her commanding officer to pressure her into a relationship”, noting that it “isn’t until after Mulan leaves the Chinese army that Shang pursued her”.

Both tweets have each been liked more than 200,000 times on the social media platform.

Disney’s most expensive live-action remake to date is due out in UK cinemas on 27 March.

But its release in China has been postponed for now due to the outbreak of coronavirus.