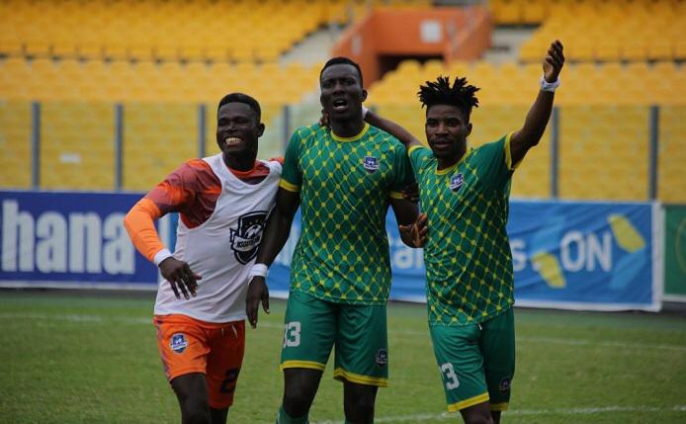 Liberty Professionals and Nsoatreman will go head-to-head with Nsoatreman Football Club in the final of the 2022 Division One League Super Cup.

Liberty beat newly-promoted Ghana Premier League side, Samartex, on their way to securing a final berth while Nsoatreman needed penalty shootouts to edge out Tamale City in the other semi-final game.

Nana Kwame Oppong scored the only goal of the game in the encounter between the Scientific Soccer Lads and the Timber Giants.

Prior to the last four, Liberty picked up five points in three games in the group stages and a win against Samartex means they are still unbeaten in the competition.

Walid Neyma fired home the crucial shoot-out penalty to take Nsoatreman FC through to Friday’s final after playing out a 1-1 draw in 120 minutes. The game had to travel beyond 120 minutes as the two newly promoted Premier League sides worked off their socks in an exhilarating evening of football at the Kyebi Astro Turf.

In a night of high drama at the Kyebi Astro Turf, both teams ended up with 10 men following two red cards in the second half of the match. With no further goals in extra time, the Nsoatre lads proved that the Citizens from Tamale can be beaten on penalties.

The final between Nsoatreman and Liberty is scheduled for Saturday, August 26, at the Kyebi Astro Turf.

DISCLAIMER: The Views, Comments, Opinions, Contributions and Statements made by Readers and Contributors on this platform do not necessarily represent the views or policy of Multimedia Group Limited.
Tags:
DOL Super Cup
Liberty professionals
Nsoatreman FC