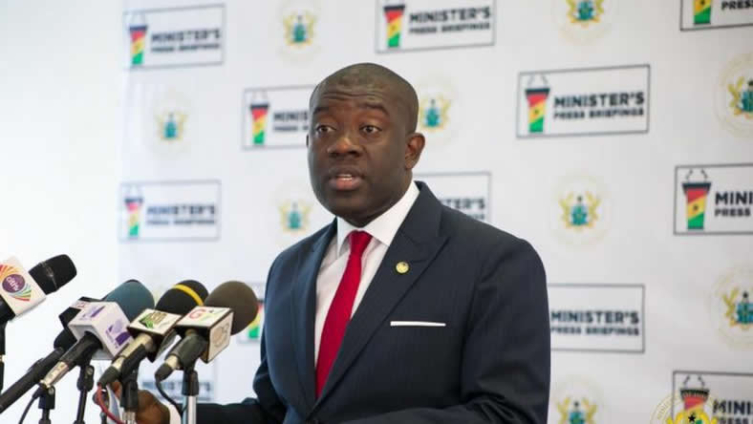 Information Minister, Kojo Oppong Nkrumah, says the government must not be drawn into the controversy over a meeting the Electoral Commission (EC) held on April 25, 2020.

The workshop for directors and deputy directors held at the Escape Hotel in Prampram, also forms part of the Commission’s preparation towards the compilation of a new voters’ register.

On April 24, Member of Parliament (MP) for Ningo Prampram, Sam George, secured an injunction, restraining the Electoral Commission from holding the workshop in his constituency.

Following the hosting of the event, the MP has hinted of filing contempt charges against the EC for holding a training workshop in his constituency despite a court injunction.

Mr George also accused President Nana Akufo-Addo of backing the move, which he describes as irresponsible.

“The Electoral Commission is doing what they are doing because they have the tacit approval and support of the Flagstaff House. President Akufo-Addo is endorsing the illegality and irresponsibility of the Electoral Commission and this is the man who claims to be a doyen of the rule of law,” he told journalists who thronged the hotel on Saturday.

But speaking on ‘Beyond The Lockdown’ on JoyNews, the Information Minister demanded that the government be distanced from the ‘independent’ activities of the Commission, in the claims made by the Ningo Prampram MP.

“I’m sure in the coming days we’ll get more clarity on what’s happening at the EC. I think that people should stop pretending. When it suits their purpose they say the EC is independent, when it doesn’t then they say government is acquiescing to something the EC is doing,” he said.

He also advised that Sam George uses the appropriate legal channels in getting his concerns addressed.

“We all know that the EC is an independent institution in this country. They are doing something which, if persons have issues with, there are legal processes they can go through and stoke them from processing. But let’s not draw government into this,” Oppong Nkrumah stated.