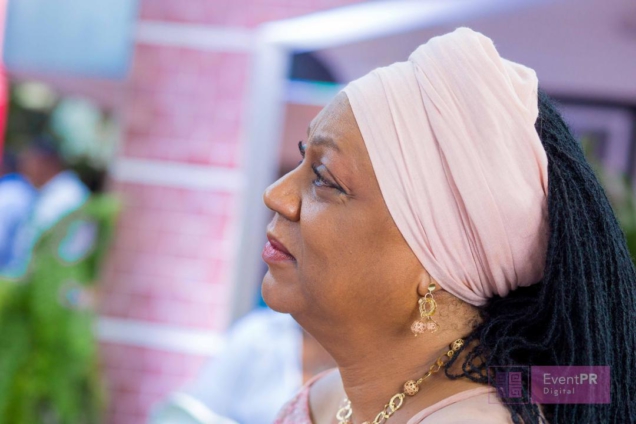 We are in the sixth year of President Akufo-Addo’s reign of terror and simple constitutional requirements have been disregarded with impunity.

It is a real shame! The shame goes to President Akufo-Addo and to his Chief of Staff, Frema Opare. I mention Frema’s name, specifically, because at her level in government there are a number of matters she deals with that do not come to the attention of the President.

If she is competent, she will have a list in front of her of the emoluments of ex-presidents and their spouses. She should know, off the cuff, what former President John Mahama is entitled to and should be ticking the items off one after the other as soon as the constitutional commitments have been fulfilled. Unless of course, she is following orders from President Akufo Addo to violate the laws of the land.

She should know that, without a doubt, President John Mahama is entitled to a fully functional office after his term as President and this office should be provided by Government. This includes an office building, office furniture, office equipment and salary payments for a limited number of office staff. Indeed, the Edu-Buandoh Emoluments Committee in its August 2016 report described this as “furnished and up-to-date office and communication equipment”.

When the honourable gentleman says that he has not been given an office and that he has rented one and pays for it himself, representatives of government-run around spewing garbage and pointing to certain payments for staff that have been done.

Are the members of staff supposed to sit on trees to do their work? If so, who will allow them into their compounds to sit on their trees? Would the government take it lightly if they saw them perched on trees along the highways or byways of the capital doing their job, with their boss perched on another tree receiving their work and giving directives?

Ask Papa (President Kufour) if we ever disrespected him in this way. Indeed, he accepted an office, which we fully furnished. He labelled it as his temporary office and directed that we get him a permanent office. He inspected the location for the permanent office himself and confirmed that he liked it.

He sent us architectural drawings and we built it from scratch to his specifications, despite a tight financial situation.

When you act like this, it provokes comparisons that disturb the well-deserved peace of our ex-presidents.

First, your representative, Richard Ahiagbah fabricates stories that he has a document showing that government pays for JM’s Cantonments office. Really? Then he later claims the so-called document shows that government is rather in talks with JM to provide him an office. Wow! This is pathetic!

I, Valerie Sawyerr, am the representative for President John Mahama in transactions on his Cantonments office rental. I challenge you, Chief of Staff Frema Opare or any of your representatives to come up with the so-called evidence that government pays for JM’s office at Cantonments.

Also, what are these rants and raves on an alleged GHS14 million supposed to have been paid to JM in 2013 as ex gratia?

Documents on the release of funds for ex gratia can easily be located at the Ministry of Finance. That is where the funds are released from. There will also be copies in the Chief of Staff’s records and/or the records of the Chief Director of the Office of the President.

Frema, the allegations are not true. You know that they are not true. The least you can do is to clear the air to restore your reputation that is being dented day by day by your failure to execute.

Why must a situation be created where President Mahama has to offer to show his bank statement to journalists to prove that he never received such an amount? Why should that be when you know the allegations are not true?

Per the Ewurama Addy Emoluments Report, the ex-president was entitled to ex gratia amounting to the sum of:

The Committee pegged the President’s monthly salary at ¢12,000,00. In January 2013, when ex-gratia for January 2009 to January 2013 term would have been calculated, JM had only served approximately five months as President from the date of death of President John Evans Atta Mills.

His ex-gratia would therefore have been the above-outlined formula scaled down to the five-month equivalent. Plus, ex-gratia as vice president, which is similar to the above but five months instead of six months consolidated salary for the three years and seven months he served as vice president.

Do the calculations. How can a rational human being arrive at a figure of ¢14 million by any stretch of his or her warped imagination? Your minions must do some research work so that when they formulate Kweku Ananse stories they do so along credible lines.

One must, however, ask why we are even bothering ourselves with this matter. Soon and very soon, President Akufo-Addo will be an ex-president. Aloooo? Is he going to collect all his benefits before he leaves office on January 7, 2025?

Note that President John Mahama did not complain to the world that his legal entitlements had not been fulfilled by Government. He has not clamoured for any monies or goodies.

That is not the issue because, ‘tafrats3’, even if JM cannot pay for office space it will only take a few loved ones to put money together for office rental for him. The issue is the lack of dignity that is sought to be imposed by attempting to reduce an ex-president to the level of grovelling for what he is entitled to by the laws of the land.

The attempt to belittle him cannot be justified. But even in that, you have failed miserably. President John Mahama still stands head and shoulders above President Akufo Addo.

With the terrible mismanagement of the economy, the pathetic interventions of Vice President Bawumia, the incompetence and lack of cohesive productivity of the members of Government, and the constant corruption scandals, it is clear that the people of Ghana have given up on your government and are passionately clamouring for the return of President John Mahama.

Dr Valerie Esther Sawyerr is an Adviser to John Dramani Mahama. She was a Senior Policy Adviser to President Mahama & also a former Deputy Chief of Staff.

DISCLAIMER: The Views, Comments, Opinions, Contributions and Statements made by Readers and Contributors on this platform do not necessarily represent the views or policy of Multimedia Group Limited.
Tags:
Akosua Frema Opare
Akufo-Addo government
Dr Valerie Sawyerr
John Mahama