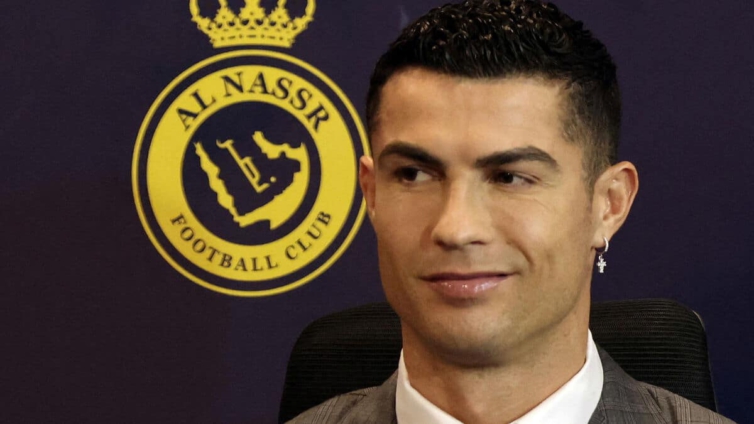 DStv have no plans of telecasting the 2022/23 Saudi Pro League despite the arrival of Cristiano Ronaldo, Joy Sports can confirm.

The 37-year-old joined made the move to Saudi Arabia after ending his stay in Europe by joining Al Nassr, penning a deal that will see him stay at the club until June 2025.

Ronaldo was officially unveiled at the club’s stadium on Tuesday, January 3, after completing his medical.

Following his announcement as Al Nassr’s latest acquisition and the Saudi Pro League’s biggest transfer, there were reports the Sub-Saharan African broadcast satellite service would buy television rights for the league.

However, DStv have confirmed to Joy Sports that there are no immediate intentions to show the Saudi Pro League despite acknowledging how big Ronaldo move is.

According to them, they consider the idea of buying rights television rights for the Saudi Arabia topflight as “premature.”

Fans were hoping to see a repetition of the move DStv took ahead of the start of the 2018/19 season when they bought the rights for the Italian Serie A following the arrival of Ronaldo at Juventus.

Ronaldo is expected to be involved in action straight away for Rudi Garcia’s men after being involved in a warmup with his teammates after his unveiling.

At present, the state-controlled Saudi Sports Company owns the broadcast rights to the Saudi Professional League (SPL), Saudi Arabia’s King’s Cup and the Saudi Super Cup. They have not yet struck a deal with any global broadcaster to show Ronaldo to the world.

For now, unless you happen to live in the Middle East or North Africa and pay to watch the Saudi Pro League via the Saudi Sports Company rights deal, or you live in North America and are willing to shell out $18 for a monthly subscription to streaming platform Shahid, you will not be able to watch Cristiano via a legal means.

Meanwhile, Ronaldo will not be making his debut on Thursday against Al Tai as originally envisaged.

In November 2022, the forward was hit with a fine and suspended for two games by the English FA following a controversial incident that saw him smash a fan’s phone when Man United suffered a defeat to Everton in April last year.

With Ronaldo leaving United the same month, he was unable to serve his suspension. The ban, as per Fifa’s Regulations on the Status and Transfer of Players, will carry on to his new club.

DISCLAIMER: The Views, Comments, Opinions, Contributions and Statements made by Readers and Contributors on this platform do not necessarily represent the views or policy of Multimedia Group Limited.
Tags:
Al Nassr
Cristiano Ronaldo
DStv
Lawrence Baidoo
Saudi Pro League