Eastern region ranked 1st as most conducive environment for entrepreneurs 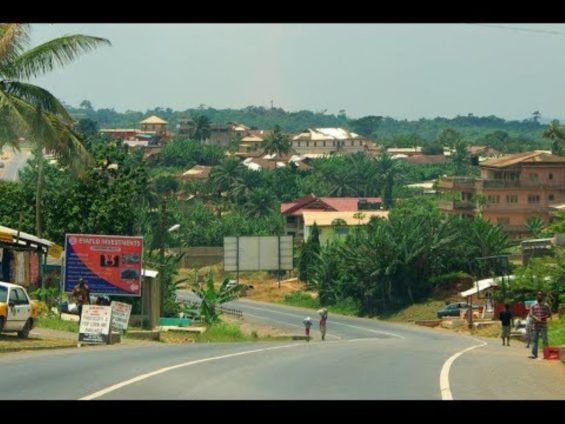 Eastern region has been ranked 1st among all 16 regions as the most conducive environment for entrepreneurs to thrive, the Regional Entrepreneurship Freedom Index Report has revealed.

The rankings was done based on 10 indicators for entrepreneurship freedom. They are trade, fiscal, monetary, investment, freedom from government, freedom from corruption, labour, property rights, regulation and finance.

According to the report, Eastern region scored very high marks in five of the indicators – labour, property right, trade, investment and access to money.

The survey also showed that the region had moderate freedom from government, regulation and financial freedom.

The region was also proven to be barely free from corruption and fiscal policies.

The survey put together by the Africa Centre for Entrepreneurship and Youth Empowerment in collaboration with Atlas Network research revealed that the ecosystem is not friendly for the survival of entrepreneurs in the country.

Speaking at the launch of the report, Vice President of IMANI Africa, Selorm Branttie, called on government to sanitise the entrepreneurial ecosystem to enable startups fully execute their initiatives.

According to him, support schemes have been initiated by government to help mirco, small and medium scale enterprises, yet there is little or no proof of entrepreneurs becoming successful.

“There’s a very erroneous perception that once you are an entrepreneur, you have money to waste. No one asks entrepreneurs what their core mandates are or what they seek to achieve. That focus is not there because we have unconsciously created an economy which is run by the people in government. But the point is entrepreneurs have not been asked what they really want.”

“I believe when the right ingredients are put together, the public and the private sectors can be motivated to create a thriving ecosystem. So, it’s not just about the money, but the necessary factors that can create strong, resilient companies,” he said.

Chief Executive of Africa Centre for Entrepreneurship and Youth Empowerment, Emmanuel Acquah said the report shows that every region has its dynamics and requires different approaches by government to support entrepreneurs.

“Looking at the indexes of 10 regions out of the 16, every region has its dynamics. There are some regions we think government should limit its interference in the activities of entrepreneurs. For instance, looking at the Ashanti region, we found out from a focused group discussion that these businesses do not receive funds directly from government. However, they admitted that they hear of support schemes targeted at them which they do not benefit.”

“This revealed that in as much as government is trying to help entrepreneurs by spending on them, yet it’s not achieving its purpose,” he stated.

The survey sampled 3,200 respondents across the regions.