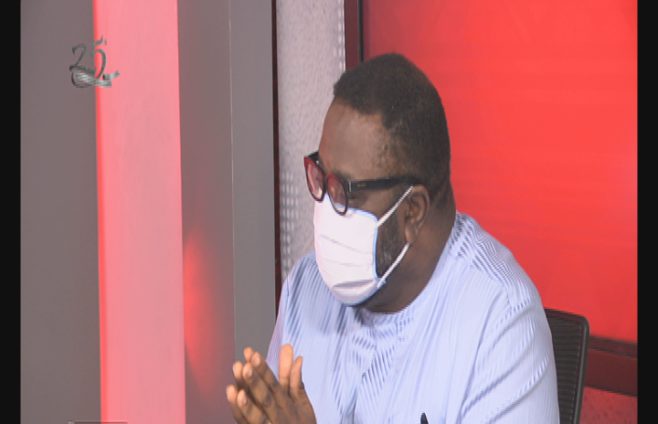 The NDC’s Director of Elections says a majority of Ghanaians will be disenfranchised if the Electoral Commission insists on using only the Ghana card and a valid passport as requirements for the new register.

According to Elvis Afriyie Ankrah, about two million of the country’s population own a voters ID – a number which includes children not eligible to vote.

He added that some Ghanaians have also not registered for the National Identification Card and others who have registered are yet to receive their cards.

Speaking on Newsfile, on Saturday, he said that “the number of people captured by the NIA so far is less than the people who voted in 2016.”

Hence using the Ghana card or a passport will hinder the registration exercise which in the long run will take away the constitutional right of the people to vote.

By the constitution, Elvis Ankrah said “people are entitled to be given the opportunity to register and the EC must undertake programs to expand the register.”

“What they are doing is rather restrict, create conditions to create inconveniences and make it difficult for some category of Ghanaians to be able to register.”

His comments come after the NDC accused EC of trying to rig the 2020 elections by using the Ghana card as a requirement for registering when compiling the new voters’ register.

Addressing a press conference at the party’s headquarters in Accra Thursday, the National Chairman of the party, Samuel Ofosu-Ampofo said this is a ploy to disenfranchise many voters; especially in the strongholds of the NDC; the biggest opposition party.

Mr Ankrah on Newsfile said that many of the party’s stronghold including the regions in the Northern sector have had fewer people being registered and issued the Ghana card.

He, however, admitted that some people in the New Patriotic Patry’s stronghold have also been affected.

“So, the NIA working together with the EC using the Ghana card as a source document is going to disenfranchise millions of Ghanaians regardless of their party.”

The former Minister for Youth and Sports told Samson Lardi Anyenini, host of the show, that it is surprising the EC had previously said they did not need to use the Ghana card and have discarded the use of the old voters’ ID only to change their mind with no explanations.

“As a public institution paid by the taxpayer when there are critical issues like this you state one position then you change it, it has repercussions, on the entire electoral system.”

DISCLAIMER: The Views, Comments, Opinions, Contributions and Statements made by Readers and Contributors on this platform do not necessarily represent the views or policy of Multimedia Group Limited.
Tags:
2020 Elections
Electoral Commission
Elvis Afriyie Ankrah
New Voters’ Register