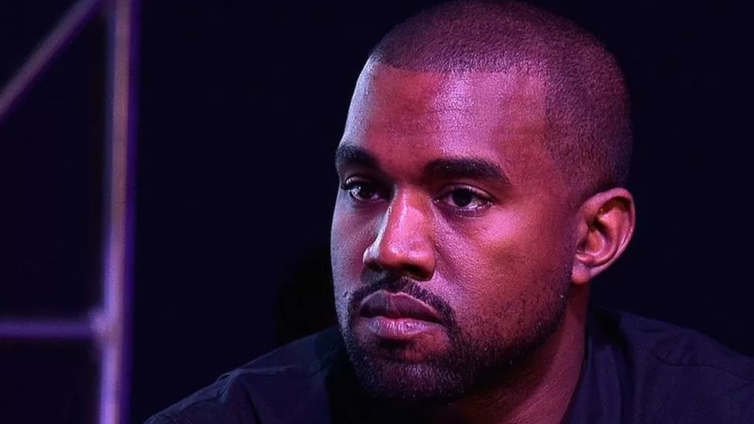 Kanye West has been suspended from Twitter and accused of “inciting violence” over offensive tweets – just two months after his last ban.

The US rapper, who now goes by the name Ye, posted a series of erratic tweets – one of which appeared to show a symbol combining a swastika and a Jewish star.

Twitter’s new boss Elon Musk was asked by one user to “fix Kanye”.

West had “violated our rule against incitement to violence”, Musk tweeted.

Also on Thursday, during an interview with US conspiracy theorist Alex Jones and with his face covered in a mask, West praised Nazi leader Adolf Hitler and ranted about sin, pornography and the devil.

West has for years caused controversy both on- and offline with anti-Semitic and racist remarks.

West was initially locked out of his Twitter and Instagram accounts after posting anti-Semitic messages in October. Both platforms removed West’s posts – which accused rapper Diddy of being controlled by Jewish people – saying the star had violated policies on hate speech.

These posts came in response to a backlash against his show at Paris Fashion Week, where he wore a t-shirt carrying the slogan “White Lives Matter”.

The Anti-Defamation League branded his phrase “hate speech” and attributed it to white supremacists, who began using it in 2015 in response to the Black Lives Matter movement.

Earlier this year, West was suspended from Instagram for 24 hours in March after using a racial slur in reference to comedian Trevor Noah.

In 2018, singer Will.i.am led a backlash against West after he claimed the enslavement of African Americans over centuries may have been a “choice” – remarks he later tried to clarify.

His latest Twitter ban comes hours after the right-wing social media platform Parler – which styles itself as a “free speech” alternative to mainstream platforms – said West could no longer buy the firm.

In a statement, Parlement Technologies said: “The company has mutually agreed with Ye to terminate the intent of sale.”

The firm – which runs the much smaller platform, popular with conservatives and the far right – said the decision was made in mid-November.

“Parler will continue to pursue future opportunities for growth and the evolution of the platform for our vibrant community,” the firm said in its statement.

Musk took control over Twitter in October and immediately embarked on a series of radical changes within the social media giant – including lifting the bans on controversial accounts.

He has clarified that he had no role in bringing West back on Twitter, saying the account was restored before he acquired the social media platform.

West was diagnosed with bipolar disorder years ago and has publicly spoken about his challenges with his mental health.

However, medical experts and people who share West’s condition have warned that mental health problems do not go hand-in-hand with anti-Semitism.

DISCLAIMER: The Views, Comments, Opinions, Contributions and Statements made by Readers and Contributors on this platform do not necessarily represent the views or policy of Multimedia Group Limited.
Tags:
Elon Musk
Kanye West
Twitter suspension
Violence