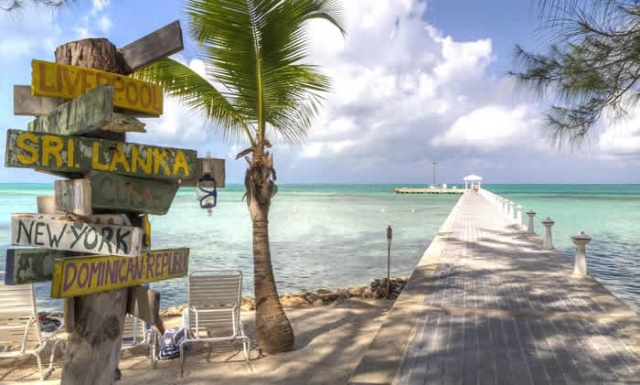 The European Union has added the Cayman Islands, a UK overseas territory, to its tax havens blacklist.

It joins Oman, Fiji and Vanuatu, which have also been accused of failing to crack down on tax abuse.

Oxfam, which lobbies for tax reform, said the EU’s move was “encouraging” but many more places should be blacklisted.

As well as the Cayman Islands, additions this year include Panama, Palau and the Seychelles.

The EU said the Cayman Islands, which has no income tax, capital gains tax or corporation tax, does not have “appropriate measures” in place to prevent tax abuse, allowing firms to register there despite having minimal presence in the territory.

The jurisdiction was previously on a ”grey list” that gave it time to introduce new laws to tackle tax deficiencies. But it did not implement the “economic substance” reforms by the deadline as promised, the EU said.

The Cayman Islands is the first UK territory to be added to the EU blacklist.

The list, which the EU started in 2017 to put pressure on countries to crack down on tax havens and unfair competition, included 15 countries in 2018 but has shrunk.

Officials said that Turkey, which is currently on the “grey” list, would not be moved to the blacklist despite concerns about its information sharing with some EU member states.

Oxfam, which has campaigned on tax, said other British territories, such as the British Virgin Islands, deserve to be added to the list, as do some places within the EU.

“While it is encouraging that the Cayman Islands has finally been added to the blacklist, the list itself still proves wholly inadequate,” the organisation said.

“The EU needs to strengthen its blacklisting criteria, put its own house in order and push for an ambitious and effective minimum tax rate at global level.”