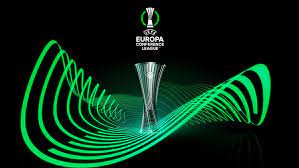 French side Stade Rennais moved top of Group G in the Europa Conference League after a 2-1 win at Slovenia’s Mura.

The Ligue 1 side lead the table with six points after goals from Serhou Guirassi and Gaetan Laborde secured 3 points for them in Slovenia.

Meanwhile, 10-man Copenhagen lost 2-1 to PAOK after goalkeeper Kamil Grabara was given a straight red card nine minutes into the game for handball outside the area.

Brazilian defender Sidcley and forward Andrija Ivkovic scored a goal apiece in the first half to send the Greek side to the top of Group F with seven points, one more than Copenhagen.

In Rotterdam, Feyenoord beat Union Berlin 3-1 after forward Alireza Jahanbakhsh opened the scoring from close range with his fourth goal since his transfer from Brighton. Bryan Linssen doubled the lead, before Union Berlin’s forward Taiwo Awoniyi reduced it to one with his 10th goal of the season in all competitions. Luis Sinisterra scored Feyenoord’s third goal in the second half.

Police in Rotterdam arrested some 60 Union Berlin fans in the early evening, saying they were seeking to confront Feyenoord supporters.

A day earlier, a group of Union officials, including president Dirk Zingler, were attacked at a bar in Rotterdam.

The win earned the hosts the top place in Group E with seven points. Berlin are bottom with three.