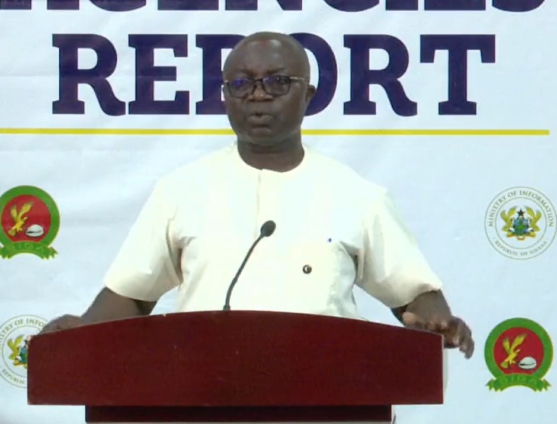 The Executive Director of the National Service Scheme (NSS), Osei Assibey Antwi has said the Scheme saved government an amount of GH₵112m after its facial recognition metric app was introduced.

The App was launched in 2021 to aid in ascertaining the true identity of the National Service Personnel to be posted.

Addressing journalists at a press briefing on Monday, December 5, 2022, Mr. Assibey Antwi said the App made it possible for the Scheme to detect over 14,000 ineligible persons who were not qualified for national service.

“It was as a result of the metric app that we were able to block 14,000 personnel from not embarking on national service. If we have allowed them to do the national service, the nation would have lost GH₵112m.”

He said the app once it’s done validating personnel, automatically sends generated ID Cards to the emails of the personnel to be printed.

According to him, the Scheme through its Electronic School list submissions has increased transparency and accountability and streamlined the submission of the class lists of various universities.

This, he said, was nonexistent because of the manual submission process which created data breaches, late submissions and errors.

DISCLAIMER: The Views, Comments, Opinions, Contributions and Statements made by Readers and Contributors on this platform do not necessarily represent the views or policy of Multimedia Group Limited.
Tags:
Facial Recognition Software
NSS
Osei Assibey Antwi