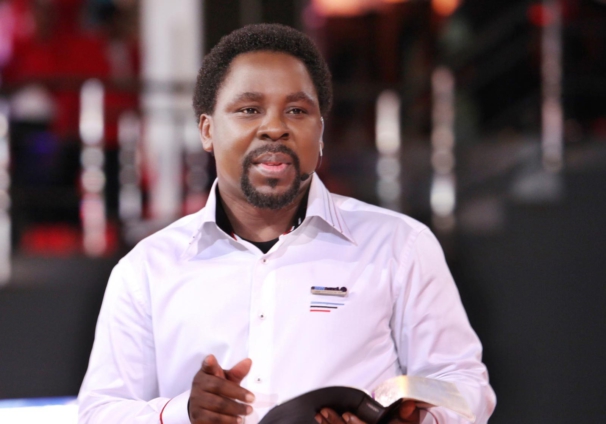 The late T. B. Joshua

Prophet T. B. Joshua, a famous Nigerian preacher, televangelist, and founder of Synagogue Church of All Nations (SCOAN) is reported to have suffered a stroke two months ago before his death on Sunday.

According to The Cable, a Nigerian online news portal, 57-year-old Temitope Balogun Joshua was flown to Turkey to undergo treatment after he suffered a stroke two months ago.

T. B. Joshua, it said was airlifted with an air ambulance from Nigeria to Turkey to receive treatment as his condition was dire.

The Cable said, the controversial pastor recently returned to Nigeria after treatment.

The Church confirmed the news of his passing in a statement on Sunday morning, six days to the birthday of the pastor born in 1963.

Last video of Prophet TB Joshua speaking about his birthday, before his death. pic.twitter.com/YUpvUnSJbO

According to the SCOAN, “On Saturday 5th June 2021, Prophet TB Joshua spoke during the Emmanuel TV Partners Meeting: “Time for everything – time to come here for prayer and time to return home after the service.”

It regrettably announced that “God has taken His servant Prophet TB Joshua home – as it should be by divine will. His last moments on earth were spent in the service of God. This is what he was born for, lived for and died for.

It added, “As Prophet TB Joshua says, “The greatest way to use life is to spend it on something that will outlive it””.

The Church extolled his virtues, stressing he is leaving a “legacy of service and sacrifice to God’s Kingdom that is living for generations yet unborn.”

According to SCOAN, the prophet’s last words were “Watch and pray.”

Thanking all well-wishers and sympathisers for their love, prayers and concern at such a difficult time, it requested privacy for his family.

The cause of death of the 57-year-old was not disclosed.