Fans to be allowed at outdoor sports in England 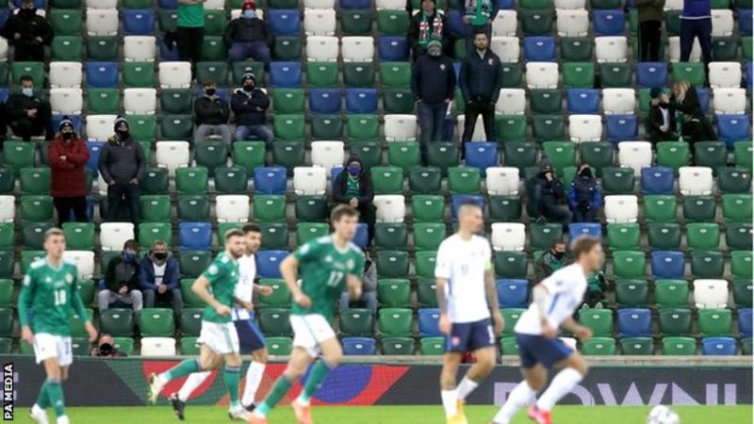 A maximum of 4,000 fans will be allowed at outdoor events in the lowest-risk areas when the four-week lockdown in England ends on 2 December.

Up to 2,000 people will be allowed in tier two areas but none in tier three.

Indoor venues in tiers one and two can have a maximum of 1,000 spectators, with capacity across indoor and outdoor venues limited to 50%.

Organised grassroots sport will be able to resume, and gyms and leisure centres can reopen across all tiers.

Elite sport has continued behind closed doors during the national lockdown, but grassroots and amateur sport has been halted since 5 November.

UK Prime Minister Boris Johnson announced the government’s new measures and Covid-19 restrictions in England on Monday via video link to the House of Commons.

The news of which areas will be in which tiers is expected to be made public on Thursday.

“In tiers one and two, spectator sports and business events will be free to resume inside and outside with capacity limits and social distancing,” said Johnson.

“Later this week, we will announce which areas will fall into which tier – I hope on Thursday – based on analysis of cases in all age groups, especially the over-60s.

“Also, [it will involve] looking at the rate at which cases are rising or falling, the percentage of those tested in a local population who have Covid and current and projected pressures on the NHS.”

Culture Secretary Oliver Dowden said: “This is a big step forward for sport.

“Bringing grassroots sport back was my number one priority, so I’m pleased we are reopening sports and gyms in every tier, in recognition of the significant health benefits.

“I’m also delighted we are able to get the turnstiles turning sooner than expected, taking a cautious approach and starting with the lowest-risk areas first.

“I’m confident that sports will take every step to ensure their fans are safe and fans will play their part and look out for each other until we can safely get everyone back in.”