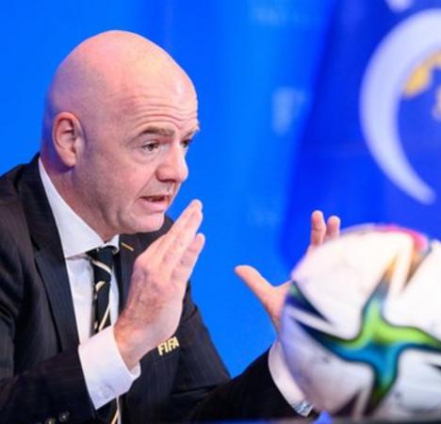 Ahead of the 2023 FIFA Women’s World Cup to be staged Australia and New Zealand, President of the association, Gianni Infantino has been speaking on television rights for the tournament.

“We are in the process of commercialising this Women’s World Cup. In terms of the preparation, everything is well on track. Beautiful stadiums, beautiful venues. We started the ticketing sales, great numbers as well.

“I think 200,000 tickets sold in the first week. So, it’s going really well. However, there is one point which we are really not very happy with, and that’s the following: We are, of course, putting a lot of effort into women’s football. We are investing in this four-year cycle USD 1 billion in developing women’s football all over the world; it’s a lot of money.

“And we are trying for the first time in FIFA’s history to commercialise the Women’s World Cup on its own, not as a ‘you buy the men’s World Cup and we give you the women’s rights’ on top, right? So, now, what we’ve witnessed, or what we are witnessing, in some countries – I don’t want to mention them, but those who are there, know it. In some countries, they are quite good at telling us – and we welcome that, I must say, because it helps us as well – that we should give more emphasis on equal opportunities, on equality, on non-discrimination, on treating men and women in the same way which is, of course, what we have to do, and we try to do that to the best of our ability. Now when these same broadcasters, often public broadcasters, but also private broadcasters, offer us 100 times less for the Women’s World Cup than what they offer for the men’s World Cup: 100 times less, even more than 100 times in some occasions, then this is not acceptable.

“Taking only the Final, 263 million, which is more than twice the Super Bowl. And having these broadcasters, who push us to do more for equality, at the same time, however, offering us a hundred times less for the men [compared] to the women going by the viewing figures, meaning their commercial income is very similar for men and for women.

“I think this is something that needs to be seriously looked at and we are not going to accept these offers, this must be very clear and hopefully we’ll find ways to come to terms with it, but it’s important that everyone puts actions, as well, behind words and we all start to treat women’s football the same way

DISCLAIMER: The Views, Comments, Opinions, Contributions and Statements made by Readers and Contributors on this platform do not necessarily represent the views or policy of Multimedia Group Limited.
Tags:
FIFA
Women’s World Cup