Fifi Folson, Oppong Nkrumah are among those who inspired me to venture into journalism - OB Nartey - MyJoyOnline.com

Fifi Folson, Oppong Nkrumah are among those who inspired me to venture into journalism – OB Nartey 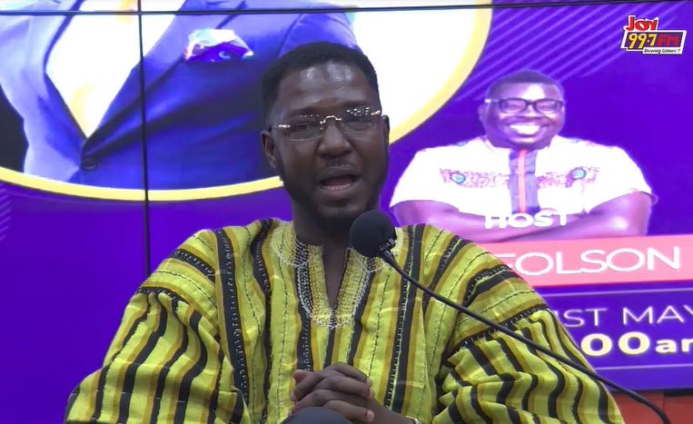 Radio personality, OB Nartey, has revealed how and why he decided to shift career and venture into journalism.

OB Nartey who requested to be introduced as a “proud Ghanaian child of God” while on Joy FM on Sunday, is a soil scientist currently into broadcast journalism.

Interacting with host of “The Reason is Jesus”, Fifi Folson, OB Nartey disclosed that being a soil scientist has not brought him the fulfillment he has been searching for.

He, therefore, decided to pursue journalism after completing his national service following years of studying agriculture at the secondary and tertiary levels of education.

“All this while, I just had the interest. I wanted to do General Arts but my favorite JHS teacher said you’ve been passing in Agric science. You are always the first, if not first, the second. Why don’t you pursue agriculture? She said I can do it.

I heeded her advice and furthered my study in agriculture at the senior high school and then further to Legon. But I wasn’t comfortable. I was not enjoying what I was studying. The switch came in after national service,” he recounted.

According to him, inasmuch as farming is one of the best things one would want to venture into, “I just love the radio, the conversation, meeting up with people.”

He indicated that “the networking spirit was there.”

However, OB Nartey revealed that some individuals in the media space inspired him to pursue his dreams.

Among such individuals are; Fifi Folson and Information Minister Kojo Oppong Nkrumah, who once worked with the Multimedia Group Limited. He was the host of Joy FM’s Super Morning Show.

“Those days, I used to listen to you, Kojo Oppong Nkrumah and a few others. The inspiration caught up with me. So if people do not know, Fifi has been one of the reasons I ventured into this career,” he said.

OB Nartey used the opportunity to thank Fifi Folson for the guidance and motivation while pursuing his dream.