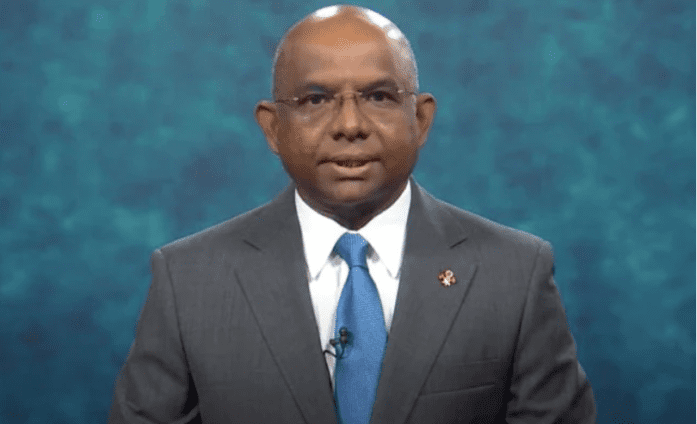 The President of the UN General Assembly joins world leaders in Glasgow for the 26th Conference of the Parties to the Framework Convention on Climate Change (COP26).

Arriving only five days after the high-level General Assembly event “Delivering Climate Action: for people, planet and prosperity”, the President – who will address the opening of the Conference – intends to share outcomes of that meeting.

This includes a strong call for climate finance, with a need to reach $1 trillion USD in support to developing countries by 2030; clear partnerships with the private sector to scale up climate finance and technology transfer, particularly for renewables; and a focus on skills training and ‘greening’ of jobs – existing and emerging – so as to empower young people.

The President will also make a strong plea to the international community not to forsake small islands and other vulnerable countries, such as Least Developed Countries and Landlocked Developing Countries, in the long haul to overcome climate change.

As someone who has always championed gender equality, the President will also meet with women scientists, gender equality focused Civil Society Groups, and women negotiators during his visit to Glasgow. The goal being to both encourage more women to take a leading role in climate processes, as well as to hear directly from women themselves on how to overcome the obstacles that exist.

“Our event at the General Assembly last week was the last climate event before COP26 with participation from every country on this planet. That is the UN General Assembly, it is what we were made for. The message I will bring with me to COP – the same message I delivered to delegates at the GA – is that we are capable of overcoming climate change: we have the science, the resources, the public support – all we lack is the will. We can do this together.” – President Abdulla Shahid.

The President, who has chosen ‘hope’ as the theme of the 76th session, will emphasize that technological innovations combined with a wealth of knowledge and resources, offer the opportunity to meaningfully tackle the climate crisis, if countries can build on partnerships, cooperate, and ensure action matches ambition.

The President will be joined in Glasgow by his Deputy Chef de Cabinet, a Team Leader on Sustainable Development and Climate Change (both from small islands), and his Lead on Communications and Advocacy.