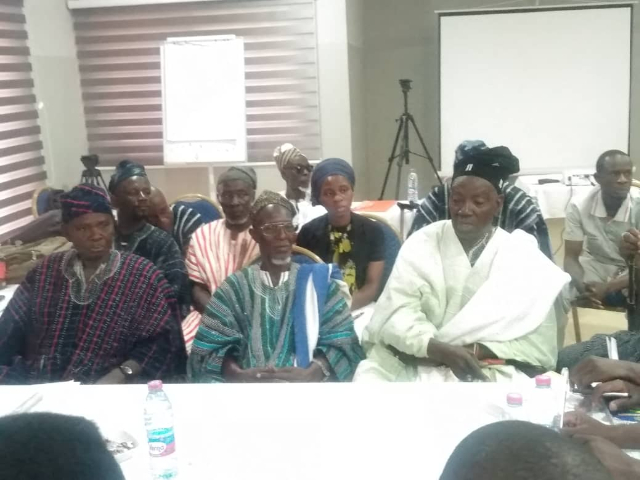 Four civil society organisations, including Star Ghana and the Ghana Developing Communities Association, have organised a consultative forum to seek the views of the people of the Northern and Savanna regions to ascertain the developmental needs of the people.

According to the group, made up of the Northern Development forum and the Tama Foundation Universal, this will help give political parties an idea of what to incorporate in their political manifestoes ahead of the 2020 general election.

Welcoming participants to the forum, the Executive Director of Ghana Developing Communities Association, Alhaji Osman Abdel-Rahman said Northern Ghana was blessed with many natural resources including minerals and lands, hence the need to strategize on how the people in the area can influence duty bearers to put those resources to good use.

The forum, held on the theme “Keeping Northern Ghana transformation agenda in the manifestoes of the political parties for the 2020 election” validated some priority areas the Northern development forum and some eminent people from the five regions of the North had drafted.

Topping the demands by the people was the construction of a multipurpose dam at Pwalugu to serve agriculture purposes, as well as end perennial flooding in the area. The dam is also expected to be used to generate hydroelectricity for the region at large.

From the report discussed at the forum, the people are also demanding a clear policy on afforestation and how to end illegal logging of rosewood and teak trees.

They also want to see a strategy on sugar production following research that the area is capable of sustaining a sugar cane farm.

On education, they are proposing that Bolgatanga and Wa polytechnics be upgraded to technical universities while the proposed C.K Tedem University of Technology and Applied Science be constructed at Navrogo. The University of Business and Integrated Development Studies should also be put up in Wa, the capital of the Upper West Region.

On infrastructure, the demand is for an inland port to be built, to help the transportation of goods to the area at a cheaper price.

The indigenes also want the Tamale International Airport fully upgraded with warehouses and other infrastructure to enable it to meet international standards.

The proposal also included an airport for the Upper East region.

All these, the participants believed can be added to the various manifestoes of the parties with clear deadlines so as to ensure accountability and fast track development of Northern Ghana.