Fred Amugi angry with showbiz persons in govt for not fighting for the industry - MyJoyOnline.com 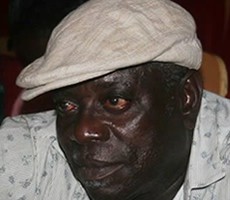 Ace Ghanaian actor, Fred Amugi, has expressed disappointment at how the movie industry has been given very little attention by colleagues in government both past and present.

Speaking in an exclusive interview with Hitz Entertainment News, Fred Amugi stated that colleagues who were once in the industry and are now Members of Parliament and also at government positions have totally neglected the industry.

He said, “No Government has been fair yet to the industry, because we are struggling, the industry is still struggling …if you don’t have your own funds it means you cannot do anything.”

He said although showbiz is fortunate to have some of its personalities in Parliament and in government, they have turned a blind eye to the plights of the industry. Fred Amugi, however, failed to mention names.

The veteran actor stressed that, “We used to have some of our own people in Parliament and they were the very people who were telling the whole world that government is doing nothing for the industry but yet [when] they had the chance to go into Parliament, [they] never said a word.”

Fred Amugi disclosed that due to this, some members of the arts and theatre are coming together under one umbrella to fight for the common good of the industry.