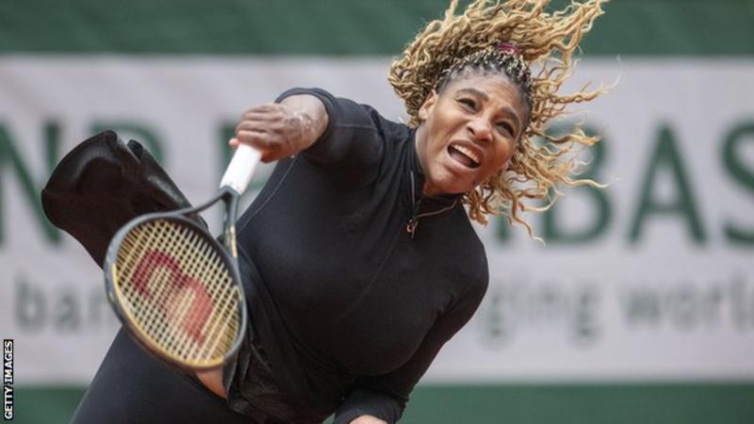 Three-time champion Serena Williams has withdrawn from the French Open because of an Achilles injury.

The 39-year-old had been scheduled to play her second-round match against Bulgaria’s Tsvetana Pironkova on Wednesday.

The American has won 23 Grand Slam singles titles and was aiming to equal Margaret Court’s all-time record of 24.

“I think I need four to six weeks of sitting and doing nothing,” Williams told a news conference.

“I have been struggling to walk so that’s a telltale sign that I should try to recover.

“Achilles is an injury you don’t want to play with – I think it was one of the worst, don’t want to get to that point, I want it to get better.”

Williams picked up the Achilles problem during her US Open semi-final defeat by Victoria Azarenka earlier this month,

On Monday, she beat fellow American Kristie Ahn 7-6 (7-2) 6-0 in the first round at Roland Garros, but said she was struggling physically.

“In the second set I felt I needed to walk with a limp,” Williams added. “I had to focus on walking straight so I wasn’t limping. I tried and always give 100%, I take solace in that.

“I’m not sure I will play another tournament this year. It is not an acute injury, it is a nagging injury. I ran into bad timing and bad luck really.”

Unseeded Pironkova, 33, moves into the third round of the French Open for only the third time in her career and will play either 32nd seed Barbora Strycova or Barbora Krejcikova from the Czech Republic.

The Achilles problem she developed in New York had no time to heal, but after reaching the semi-finals of the US Open, even a fully fit Williams would have struggled with such a short turnaround between major tournaments.

It is desperately difficult to win Grand Slams in your late thirties. Injuries become a much greater occupational hazard, as her knee and back problems illustrated last year.

They denied her momentum for crucial periods, even though she still reached the finals of both Wimbledon and the US Open.

Williams needs a bit of luck with her body now. We are very unlikely to see her again before the trip down under at the start of next year.

DISCLAIMER: The Views, Comments, Opinions, Contributions and Statements made by Readers and Contributors on this platform do not necessarily represent the views or policy of Multimedia Group Limited.
Tags:
French Open
Serena Williams